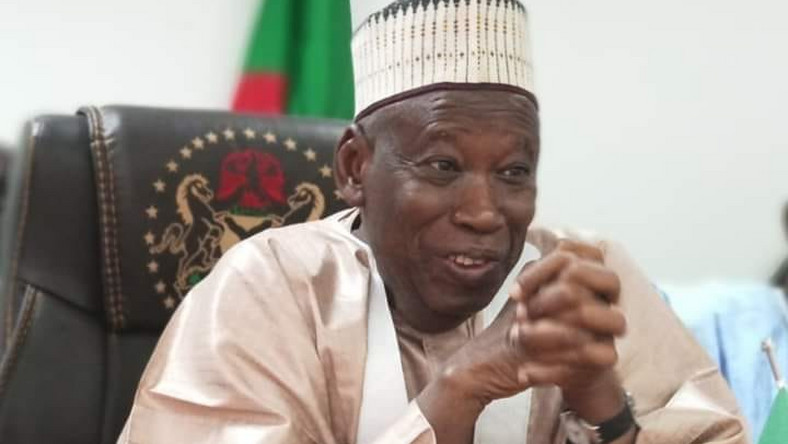 Ganduje said the State Government took the blood samples of 10 suspected cases to Abuja three days ago, stating nine came out negative but that of the former Ambassador was positive.

Ganduje, who spoke at Africa House, Government House, described the development as sad, pointing out that the state will take more drastic measures to ensure that the situation does not get out of hand.

He also ordered that tricycles in the state will henceforth be mandated to carry only one passenger as part of measures to prevent further spread of the virus.

According to him: “Indeed, it is a sad moment for us. This is an occasion that we are not happy with. I am unhappy to inform the people of Kano state that today (Saturday), we got a patient who tested positive to COVID-19.

“He is a 75-year- old retiree and former Ambassador of the Federal Republic of Nigeria.

He said the COVID-19 patient has already been taken to Kurna Dawakin Kudu Isolation Centre where he is receiving adequate attention.

“Therein Kurna Dawakin Kudu, we have 70 beds, ventilators and other facilities. What we are doing now is to trace those he has contacts with.

“We also learnt that he attended Mosque last Friday, we are also tracing those who has contacts with him.”

Ganduje further stated a private hospital where the former Ambassador had gone for normal treatment before he was found to be COVID-19 positive has been shutdown just as the doctors and nurses, who attended to him have been traced.

He said the samples of all the family members of the former Ambassador have been taken for test, adding that all the samples taken have been deposited at the COVID-19 test laboratory at Aminu Kano Teaching Hospital (AKTH).