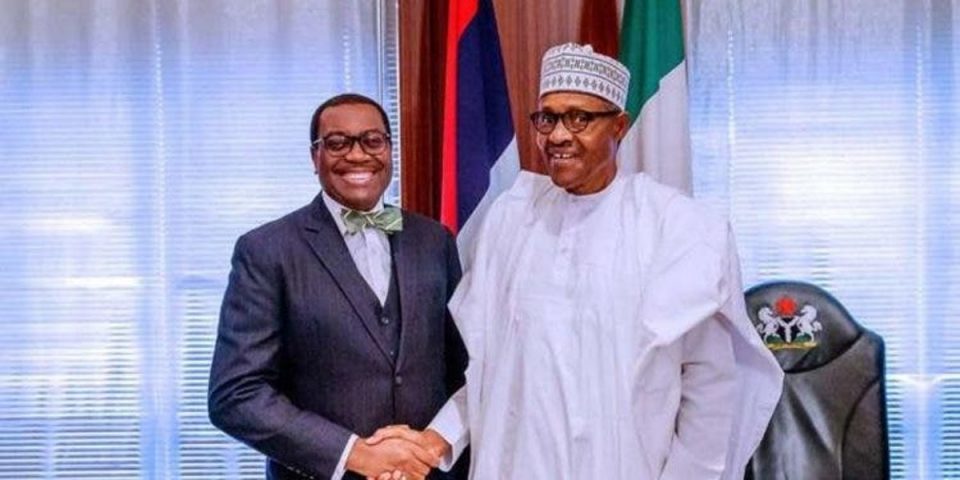 The African Development Bank, AfDB, has eventually agreed to give an independent body a chance to probe into the allegation of preferential treatment and embezzlement levelled against its President Akinwumi Adesina.

AfDB has therefore opened an independent inquiry into the allegations against embattled president Adesina, who is seeking re-election in August.

The AFDB board in a statement said that probe is expected to be rounded off within one month to enable it prepares for the election of a new head.

Recall that the United States of America had requested an independent inquiry into the allegations levelled against Dr Akinwumi Adesina, its presidents.

The U.S is acting on the reports of 15 pages received in April from whistleblowers alleging preferential treatment for fellow Nigerians in senior appointments, and the promotion of people suspected or convicted of fraud and corruption.

Adesina during his visit to Buhari dismissed the allegations and said: “In all the 16 allegations against me, there were no facts, no evidence, no document.

”The Ethics Committee investigated for three months. They asked for evidence. The accusers could not bring any. My defence was in 250 pages. Not a line of it was questioned.

“The laws of the bank say when the Ethics Committee has concluded investigations, the report must be transmitted to the Chairman of the Governors of the bank.

”It was so done, and I was exonerated of all the allegations. If I’d been found wanting, then another investigation could be launched. But since there was no charge, that should be the end of the matter, according to the rules.

”But the accusers want to bend the rules, asking for re-investigation. They say they don’t trust the rules, regulations, the Governors, and the Board of the bank. Their motive is to soil me and soil the bank.

“They are leaning on other countries that hold shares in the bank to support re-investigation, and that I should step aside for that process. It is against the laws, rules, and regulations.