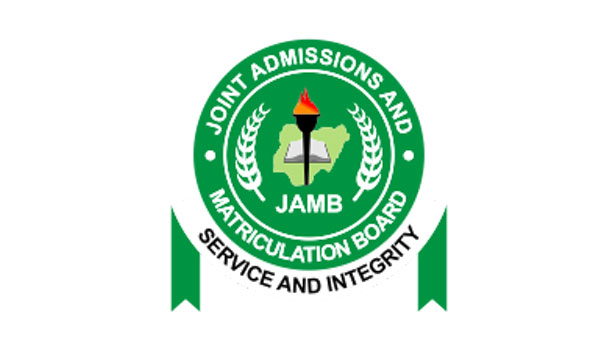 The Joint Admissions and Matriculation Board (JAMB) has again in 2020 returned N7 billion excess generated from the conduct of 2020 Unified Tertiary Matriculation Examination (UTME).

While 3.5billion came from the excess generated from its operations during the conduct of 2020 UTME, another N3.5billion was derived from the sales of ePINs to UTME candidates.

JAMB’s Head of Media and Information, Dr Fabian Benjamin, disclosed this in a statement in Abuja.

JAMB, however, pledged to make further remittance to the government as soon as its operations are concluded and proper audit of its books done.

According to Benjamin, the remittance was done in line with the Registrar, Prof. Is-haq Oloyede’s avowed commitment to remit wholly, excess funds generated from its operations to the Federal Government.

It added that the board returned the excess to the government coffers despite the reduction in the cost of ePIN sold to candidates from N5,000 to N3, 500 as directed by President Muhammadu Buhari last year.

Over 1.9 million candidates wrote this year’s examination, making it the highest in the history of the board so far.

“It had made the payment of over N3.5billion to candidates by way of reduction of N1,500 from the cost of each ePIN sold to each candidate as graciously directed by the President totalling over N3.5billion, bringing the total remittances this year to over N7billion with the assurance to remit more as soon as its operations are concluded and proper audit of its books done.”

It explained that it’s the intention of the board to return to government coffers excess funds made from its operations.

“From the outset, it had been the intention of the present leadership of the board to return to federal coffers, whatever is left unutilised from its operational imperatives.

“The immediate benefit of the move manifested in the reduction by President Buhari of the UTME registration fee payable by candidates from N5,000 to N3,500, which entails the transfer of over N3billion to candidates and parents/guardians annually via the reduction in the cost of application documents.

“Before the reduction in the cost of application ePINs, the board had remitted over N7billion in 2017 and replicated same in subsequent years until the gracious action by the Buhari administration’s unprecedented decision to give back to candidates a percentage of the cost of registration.

“To sustain the gesture, the board will continue to come up with innovations on ways to ensure that candidates are provided with world-class services at modest cost, as obtained anywhere in the world,” the statement added.

Africa In Dilemma Whether Or Not To Move To The Cloud

Coronavirus – Africa: Industrialization and economic diversification at the heart of a reviewed PREF-CEMAC