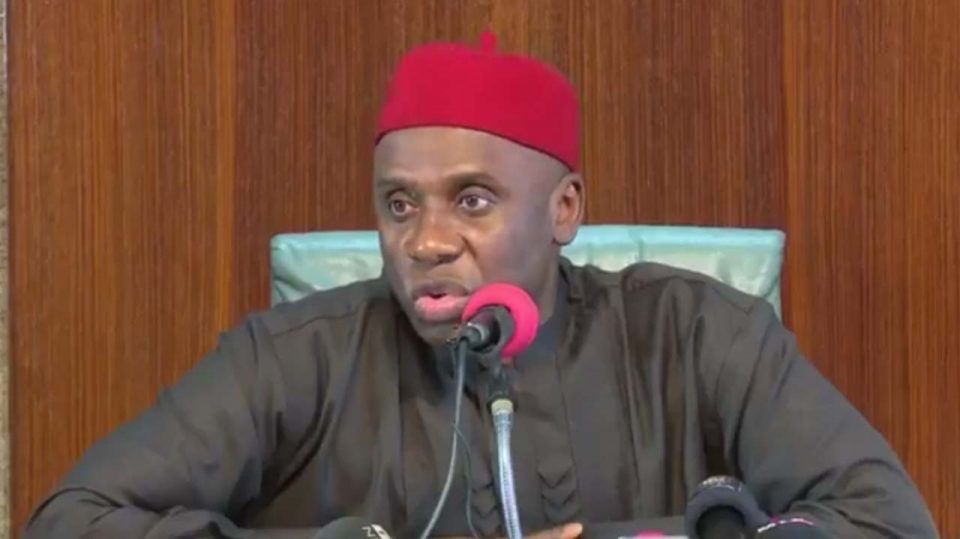 Rotimi Amaechi, the Minister of Transportation has debunked the rumour that Dakuku Peterside, the Director-General (DG) of the Nigerian Maritime Administration and Safety Agency (NIMASA) has been sacked

It was alleged that President Muhammadu Buhari has sacked him and replaced him with Bashir Jamoh as the new DG of NIMASA. Bashir Jamoh is the executive director of administration and finance in NIMASA.

”I spoke to him at about 3 pm to 4 pm. I should know if he has been sacked. If I am the minister of transportation, I should know.

“Maybe we need to call him (Peterside) this morning to know whether he is in the office but the government does not take an arbitrary decision.

”If he were to be sacked, the minister of transportation would be told to formally intimate the DG of his sack and I am not aware that the president has directed me to intimate anybody of his sack.

“His tenure expires on the 10th of this month. When it expires, you can then approach the president to either reappoint him or replace him. The president has the appointing authority. All the minister has by law is the recommendation authority.”

Asked if the sack of the NIMASA-DG was due to his failure to audit NIMASA account for six years, Amaechi replied: “I am not aware that that could be the reason. He has been DG for only four years because he came into office in 2016 and they cannot be punishing him for the offence committed by previous DGs.

”I would be surprised if Peterside does not honour summons because he was once a member of the House of Representatives.”

Why We Demolished Building Belonging To Kidnapper – Niger Govt