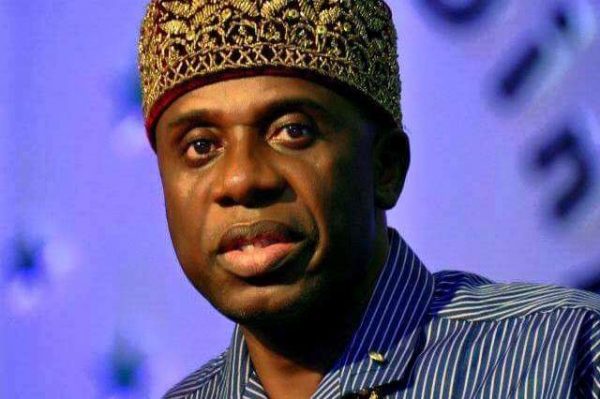 Narrating his ordeal, Amaechi said he was in Madrid, Spain, for a national assignment, when he was ambushed and attacked.

He described his attackers as misguided Nigerians.

He said he was, however, rescued unhurt by the Spanish police.

According to Amaechi who narrates his experience via Twitter, “some minutes ago, I was attacked by a few misguided Nigerians while on national assignment at a climate change event in Madrid, Spain.

“They were quickly repelled by the Spanish police before they could do any harm. I am fine. I was not hurt. Thanks for your support & prayers.”

In reaction, some Nigerians tackled him for being part of the current administration while others condemned the attack.