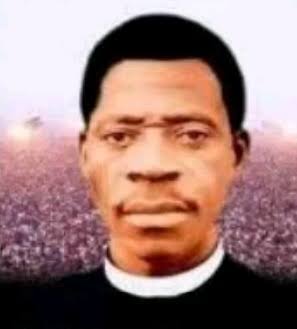 He is known to be one of the greatest Apostles of the last century with great signs and wonders as proof of his close walk with God. But his choice of wife almost ruined his ministry and may have contributed to his death at a relatively young age of 55.

History has it that Dorcas, the wife he eventually married was not his first choice for marriage. He was coarsed into marrying her because the elders of CAC considered it absurd for their spiritual leader to marry the lady whom he truly loved because she was a single mother. Hence, they misled him to marry the spinster who later became the thorn in his flesh.

There were many instances in which Dorcas became a stumbling on Aposle Babalola’s spiritual aspirations. There was a time she poured palm oil on the white garment of the man of God on his way to a crusade ground.

In another instance, after a prolong period of prayers and fasting, the wife served him a delicious meal to break his fast. Soon after he started eating, Dorcas mocked him and said, “l thought you are a true prophet, because you should have known by revelation that the chicken in the food was stolen”. Frustrated, the man of God quietly left the remaining food and returned to the mountain to ask God for forgiveness.

There was also an occasion when he was scheduled for a preaching engagement in an open air crusade. Suddenly his wife locked him inside the room and ran off with the key in a desperate bid to hinder him. The man just look up and cried “Oh Lord, see what my wife has done” The Lord ask him to lay his hands on the wall and immediately he found himself in the crusade ground.

“As anointed as he was, he had no mentor, real reason for his wrong choice of wife which sadly and eventually, directly or indirectly led to his untimely death.”

But despite the challenges in his matrimonial home, Apostle Joseph Ayodele Babalola was undoubtedly a spiritual giant whose exploit in prayer, niracle signs and wonder continues to reverberate long after his demise.

He was well known for his legendary appetite for prayers. For example, it was not uncommen to have him pray for three days nonstop. Apostle Babalola was once commanded by God to cut three leaves from a tree and put them on a rock before him; and God asked him to pray until the sweat from his body moved the leaves forward; and he carried out the task.

According to a report, “…that was how he continued praying until he had prayed for seventy-two hours. He started praying around 9:00 p.m on Sunday and by the time he said a closing “In Jesus’ Name I pray”, it was Wednesday evening.

The surprising thing is that, by the time the apostle finished praying, he apologized for prolonging the evening prayer a little longer and then told them to go and sleep. They all laughed at him and told him, ‘Baba, you have prayed for three days.

We left you most of the time and have been going about our normal duties. Today is not Sunday but Wednesday. You have been standing on your feet praying for three days.’” This prophet could spend time on the mountain for many days with absolute fasting of neither water nor food (In fact, there was a time when he did 51 days marathon absolute fasting of no food or drink).

In effect, it seems that Apostle Joseph Babalola was never hungry while fasting, having been fed supernaturally by the angel who accompanied Jesus Christ to visit him at the start of his ministry, on the seventh day of his initial God-commanded seven days’ fasting of no food no water. He had special grace for long dry fasting.

Apostle Babalola once said that the prayers he had prayed are enough to be raising up men and women to evangelize the nation until the Second Coming of Jesus Christ. God selected him as a workman selects his tool, chosen to accomplish a Divine work. He had the Stamp of Deity upon his ministry. Signs and wonders accompanied his ministrations.

Apostle Joseph Ayo Babalola once told his fellow ministers during prayer meeting to knee down for SHORT prayer. After about 2-3 hours of kneeing down, the minister becomes frustrated and sat down, leaving only Apostle Babalola still on his knee praying for about 5-6 hours. The following day, they asked him “Baba, if you ask us to pray a short prayer with you which took almost 6 hours, How many hours will your long prayer last?

Many of us knew Ori Oke Aanu (Mountain of Mercy) Praying Ground, Erio-Ekiti in Osun State Nigeria. This mountain of prayer was founded by this same Apostle Babalola. There is a spot on top of that mountain rock where he knee to pray and his knee pierced through, leaving a giant hole in the rock due to his long hours in praying. That hole is still over there till-date.

Sometimes, when preaching the angel will lift-up his two legs and he will begin to move and float in air without his feet touching the ground. He usually floats on air while preaching, he can also pray for 3 months on knee without standing up.

Man Caught With 967.9kg Of Cannabis Arraigns In Court

COVID-19 Kills Another In Borno