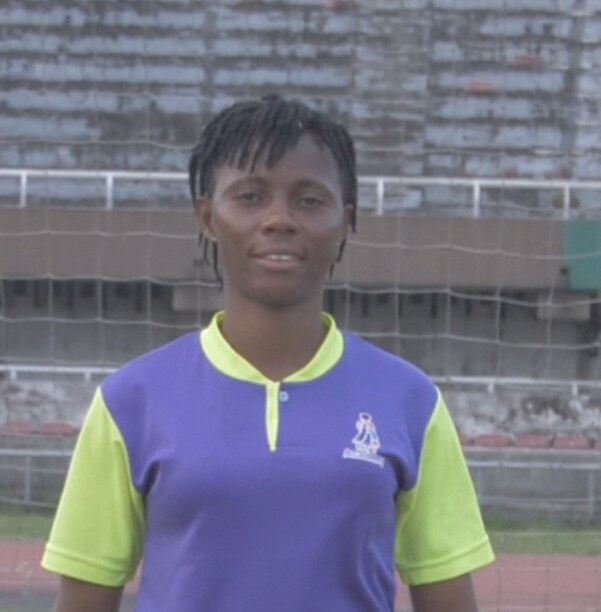 A Nigerian, Chinasa Ukandu and Luis Alejandro Castañeda from Colombia have emerged winners of the WorldsRemit “Future Stars” coaching programme

Castaneda and Ukandu were among eight finalists, four women and four men, who were selected by a panel of judges.

WorldRemit and Arsenal lauded Ukandu and Castaneda for their commitment to using football to empower young people and benefit their communities.

Castaneda and Ukandu emerged winners following a public vote on www.FutureStars.WorldRemit.com. Almost 40,000 votes were cast in less than three weeks.

Future Stars and What To Know About It

Future Stars programme was developed by WorldRemit and Arsenal to celebrate the positive impact of grassroots coaching. Especially as it relates to youth football coaches who have an impact on their communities.

Duties of the young coaches are to help train and develop children’s life skills both on and off the pitch.

In its second edition, the Future Stars programme received over 1,400 applications this year from across Africa and the Americas.

For Chinasa Ukandu, she coaches boys and girls from ages 5 to 16. Together with her friends, she helps provide young people with an opportunity to develop football.

Both Castaneda and Ukandu also helped life skills at Help The Talent Academy in Lagos State.

She completed phase three of the Premier Skills Coach Educators Course (an initiative by the English Premier League and British Council) in 2015.

Ukandu said: “I’m so excited to win the training session in London. And can’t wait to meet the Arsenal Football Development coaches. I love a challenge and will use this global coaching opportunity to take new skills back to Nigeria. And give back to my community.”

On his part, Luis  Castañeda is a volunteer coach for a blind boys’ football team, Bogotá and the surrounding area.

Castaneda said: “I’m so grateful to WorldRemit and Arsenal for this opportunity. I’ve always dreamed of travelling to London. And will use the experience of training with Arsenal F.D to help develop other youths. I will also  use this opportunity to raise  awareness of Paralympic sport in Colombia and even globally.”

Andrew Stewart, Managing Director Middle East & Africa at WorldRemit made a remark. Stewart said: “ Our customers who send money home to support their communities inspired us.

“WorldRemit and Arsenal are delighted to celebrate the stories of inspiring individuals like Castaneda and Ukandu.

People such as Chinasa and Luis, who use sport to make a difference to young people’s lives. Congratulations to the winners and our team looks forward to welcoming you to London!”

Simon McManus, Head Coach at Arsenal Football Development also gave this remark.  “Our F.D coaches are dedicated to helping young players across the world. We want the youth to succeed both on and off the pitch.

“The Future Stars winners’ work within their communities shows just how powerful football can be. And also the importance of promoting diversity within the sport.

”We’re excited to meet Chinasa and Luis and support them in amplifying their contributions to grassroots football. Both in Nigeria and Colombia,” he said McManus.

Simon McManus said that a panel of judges judged the applicants base on these criteria.

How To Get Hired For Apple’s Home Jobs