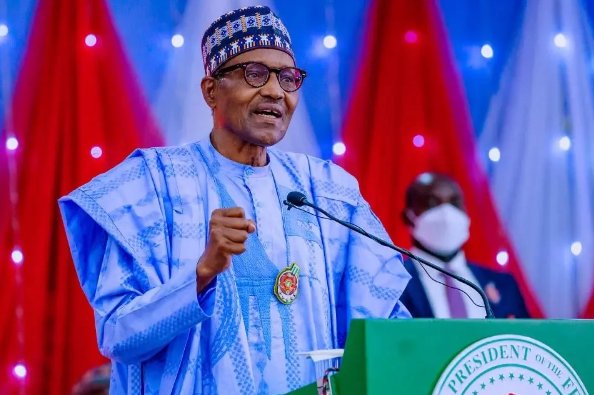 Nigeria’s size and population, according to President Muhammadu Buhari, are contributing reasons to many of the country’s problems, but his administration is making an effort in many areas.
The Nigerian leader also stated that his country’s youth are its best hope for a better future and that resolving their issues is a top concern.
Malam Garba Shehu, the president’s spokesman, said in a statement on Tuesday that the Nigerian leader made this statement while extending a warm welcome to Sheikh Al-Mahfoudh Bin Bayyah, the secretary general of the Abu Dhabi Forum, and Pastor Bob Roberts of the United States, who visited him in Washington, USA.
According to Buhari, the foundation’s efforts to advance interreligious understanding are crucial for both the globe and Nigeria.
The president also urged the group to keep focusing on the young people who hold the promise of the future in order to create generations of youngsters free from religious fanaticism and discrimination.
He said: “Your work is crucial in fostering young people’s cultural pride and intercultural understanding, in particular.
“Your fantastic project will make it easier for future generations to prepare ahead and coexist peacefully.
“For our part, we’ll keep finding solutions to our issues, particularly those that concern young people.
We have a sizable population and face many difficulties, yet we are making an effort in many areas. I’ve done my best in seven and a half years, the president declared.
The secretary-general explained that they had come to notify and invite the president to the presentation of the Abu Dhabi Foundation’s award to him in honor of his remarkable contributions to the promotion of peace and security.
He said that the award was in keeping with the foundation’s efforts to combat religious extremism and promote interfaith harmony and communication.

Give To The Ukraine’s, They Are Suffering, Pope Francis