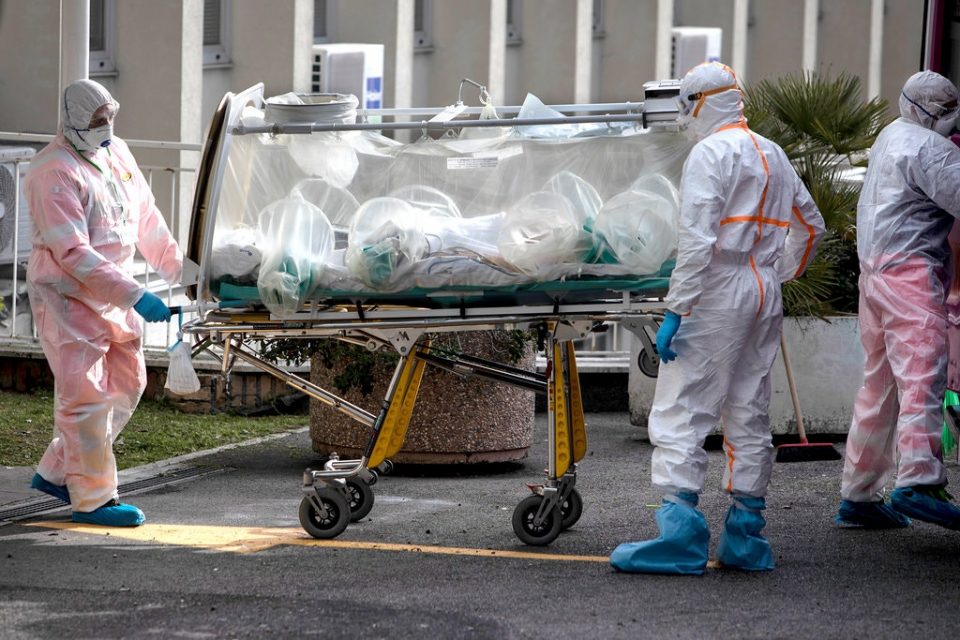 That was on Feb. 27. Not 10 days later, as the toll hit 5,883 infections and 233 dead, the party boss, Nicola Zingaretti, posted a new video, this time informing Italy that he, too, had the virus.

Italy now has more than 53,000 recorded infections and more than 4,800 dead, and the rate of increase keeps growing, with more than half the cases and fatalities coming in the past week. On Saturday, officials reported 793 additional deaths, by far the largest single-day increase so far. Italy has surpassed China as the country with the highest death toll, becoming the epicentre of a shifting pandemic.

The government has sent in the army to enforce the lockdown in Lombardy, the northern region at the centre of the outbreak, where bodies have piled up in churches. On Friday night, the authorities tightened the nationwide lockdown, closing parks, banning outdoor activities including walking or jogging far from home.

The tragedy of Italy now stands as a warning to its European neighbours and the United States, where the virus is coming with equal velocity. If Italy’s experience shows anything, it is that measures to isolate affected areas and limit the movement of the broader population need to be taken early, put in place with absolute clarity, then strictly enforced.

Despite now having some of the toughest measures in the world, Italian authorities fumbled many of those steps early in the contagion — when it most mattered as they sought to preserve basic civil liberties as well as the economy.

Italy’s piecemeal attempts to cut it off — isolating towns first, then regions, then shutting down the country in an intentionally porous lockdown — always lagged behind the virus’s lethal trajectory.

“Now we are running after it,” said Sandra Zampa, the undersecretary at the Ministry of Health, who said Italy did the best it could given the information it had. “We closed gradually, as Europe is doing. France, Spain, Germany, the U.S. are doing the same. Every day you close a bit, you give up on a bit of normal life. Because the virus does not allow normal life.”

Some officials gave in to magical thinking, reluctant to make painful decisions sooner. All the while, the virus fed on that complacency.

Governments beyond Italy are now in danger of following the same path, repeating familiar mistakes and inviting similar calamity. And unlike Italy, which navigated uncharted territory for Western democracy, other governments have less room for excuses.

Italian officials, for their part, have defended their response, emphasizing that the crisis is unprecedented in modern times. They assert that the government responded with speed and competence, immediately acting on the advice of its scientists and moving more swiftly on drastic, economically devastating measures than their European counterparts.

But tracing the record of their actions shows missed opportunities and critical missteps that have left the country in its worst state since World War II.

In the critical early days of the outbreak, Prime Minister Giuseppe Conte and other top officials sought to downplay the threat, creating confusion and a false sense of security that allowed the virus to spread.

They blamed Italy’s high number of infections on aggressive testing of people without symptoms in the north, which they argued only created hysteria and tarnished the country’s image abroad.

Even once the Italian government considered a universal lockdown necessary to defeat the virus, it failed to communicate the threat powerfully enough to persuade Italians to abide by the rules, which seemed riddled with loopholes.

“It is not easy in a liberal democracy,” said Walter Ricciardi, a World Health Organization board member and a top adviser to the health ministry, who argued that the Italian government acted on the scientific evidence made available to it.

He said the Italian government had moved at a much faster clip, and took the threat much more seriously, than its European neighbours or the United States.

Still, he acknowledged that the health minister had struggled to persuade his government colleagues to move more quickly and that the difficulties of navigating Italy’s division of powers between Rome and the regions resulted in a fragmented chain of command and inconsistent messages.

“In times of war, like an epidemic,” that system presented grave problems, he said, adding that it perhaps delayed the imposing of restrictive measures.

“I would have done them 10 days before, that is the only difference.”

Oil and Gas Sector: US Africa Relations Will Likely Improve By Trump’s Exit