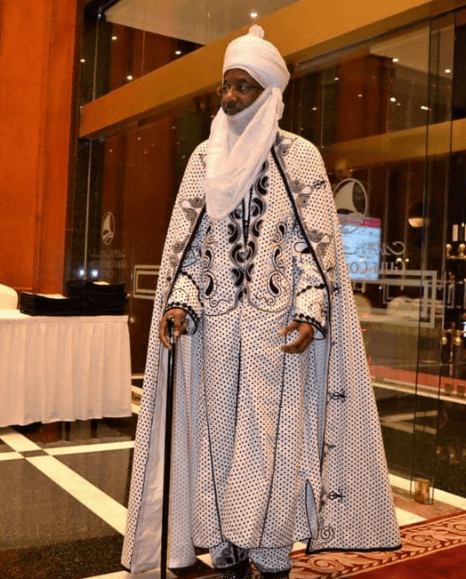 Dethroned Emir of Kano Muhammad Sanusi has been arrested by the security Operatives on Monday and whisked him to Nasarawa.

Whisked away among tight security, it was gathered that the security operatives are heading to Nassarawa state where Sanusi will spend the rest of his life in asylum.

Before he was taken away, Sanusi was said to have been put under house arrest by the heavy security personnel of DSS, Police and Military.

The arrest was after the security operatives sealed off the Palace.

It was gathered that Governor Abdullahi Ganduje, who is presiding over an emergency Executive Council Meeting, is set to announce the new emir any moment.

Abba Kyari Gets Letter In His Agony