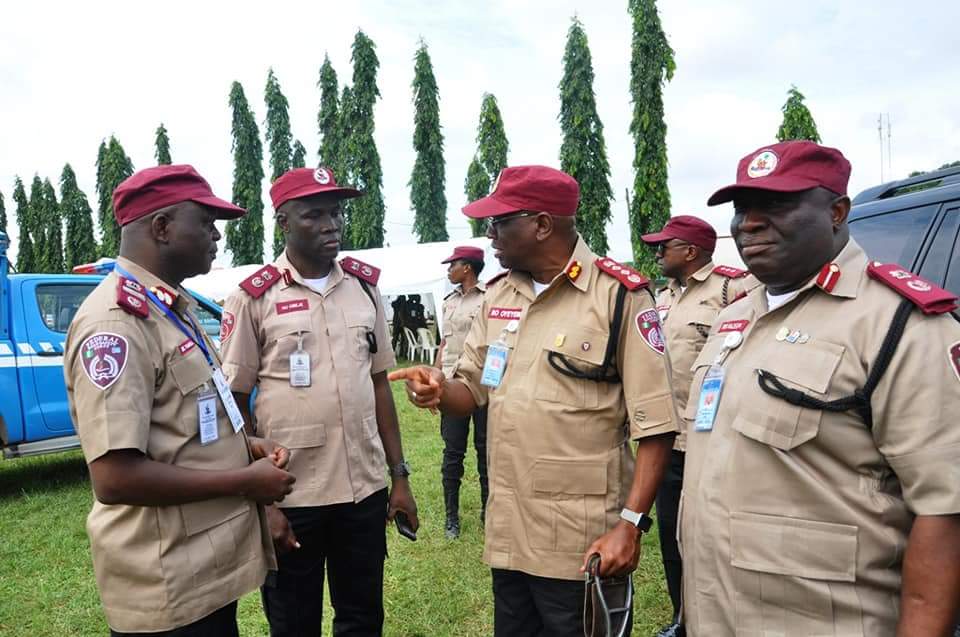 The Federal Road Safety Corps (FRSC), Ogun Command, on Sunday confirmed the accident along Lagos-Ibadan Expressway, which claimed the lives of five persons and injured nine others.

Mr Clement Oladele, the FRSC Sector Commander in the state, told the News Agency of Nigeria (NAN) in Ota, Ogun, that the accident occurred at 9.10 p.m. around Danco Petrol Station, near Sagamu, on Saturday.

He said that 14 persons, 10 males and four females, were involved in the crash.

“The corpse of the victims have been deposited at the morgue of Olabisi Onabanjo University Teaching Hospital (OOUTH), Sagamu, while the survivors are also receiving treatment at the same hospital,” the sector commander said.

He said the obstruction as a result of the accident had been cleared to ease free flow of traffic on the highway.

The sector commander commiserated with the victims’ families and enjoined members of the public, whose relations were involved in the ill-fated crash, to contact the FRSC Command or the OOUTH, Sagamu, for any information.

Oladele also reiterated the need for motorists to drive cautiously within the recommended speed of 50 kilometres per hour at construction sites.

He advised passengers to always caution drivers who are in the habit of driving recklessly, and call the FRSC’s toll free number 122, to report any driver who refused take caution.

Cyber Bullying: Zahra Buhari Laments as Nigerians Attack Her on Social Media because of Her Father’s Decisions