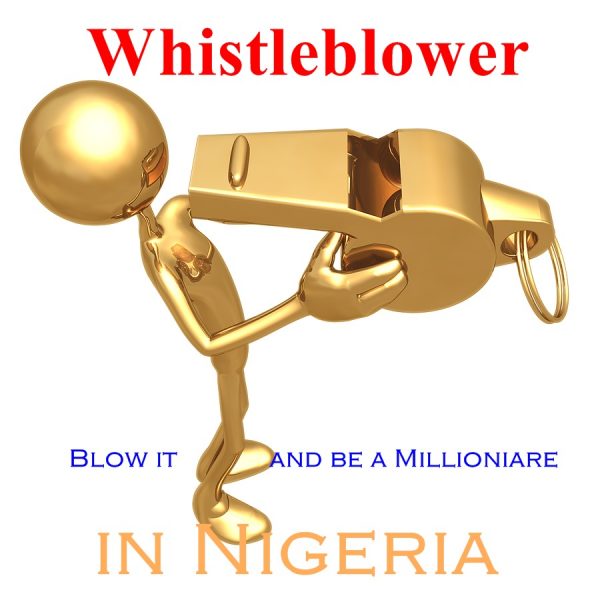 The number of whistle blowers willing to give information on the corrupt and related illegal activities has dropped, the Federal Government has said.

Between 2016 and 2018, the government saved about N594.08 billion with the removal of 50,000 ghost workers from its payroll following tip-off by whistle blowers.

Also, 800 others who were collecting double salaries and the 400 who had left service and were still collecting salaries for two years were discovered.

The Permanent Secretary, Special Duty in the Ministry of Finance, Budget and National Planning and head of the Presidential Initiative on Continuous Audit (PICA), Mr Mohammed Dikwa, made these known in Abuja on Thursday at a workshop to discuss the draft bill on the whistle blowing policy.

Dikwa said some intending whistle blowers were not comfortable with the new arrangement requiring them to fill forms to document their claims.

According to Dikwa, “the reported cases of whistle blowing or the tips used to come frequently on a daily basis when we just introduced it in November, 2016. When we started, we received 2,000 reported cases monthly but it has gone down now drastically.”

To address this, PICA, he said, had “instituted measures to avoid situations where people will come and give false information and get away with it.”

He added: “With what we are putting in place now, we will make sure anyone that gives information that has to do with recovery of money is rewarded. The same measure will ensure those who give fake information to undermine anybody are duly punished”.

Another challenge confronting the whistle blower initiative, he said, was the absence of legislation backing the policy. Dikwa said the government was committed to give the policy a legislative backing for smooth implementation.

Dikwa said the workshop was convened to interact with relevant stakeholders on the draft bill on the policy “that will be acceptable by all and sundry.”

Why Sanwo-Olu Shuts Down Oyingbo Market