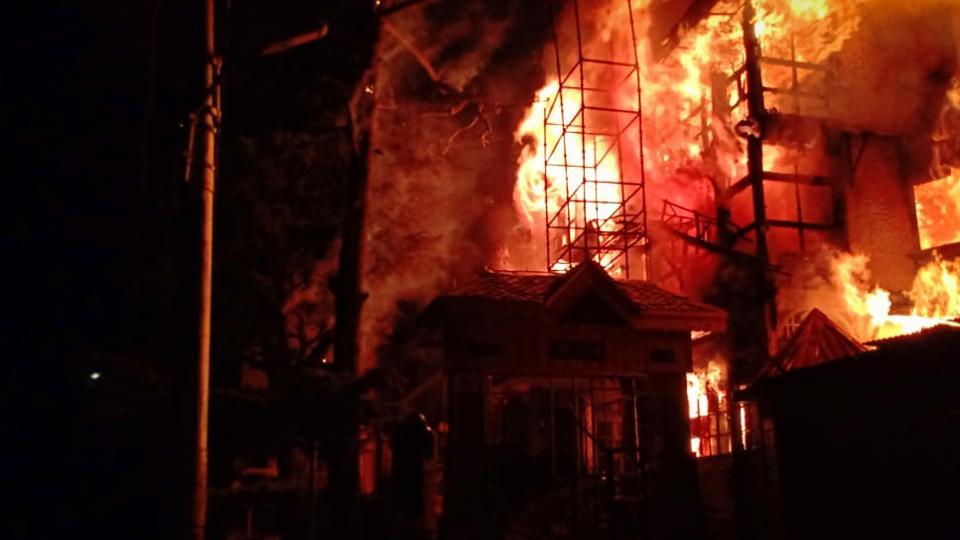 A fire has on Saturday razed down a newly established online radio station called Agidigbo Radio in Montana, area of Ibadan, Oyo State.

The proprietor of Agidigbo FM is Dr Oriyomi Hamzat, a popular broadcaster in the city.

It was gathered that the incident drew hundreds of residents and caused a stir as people ran in fear of the fire spreading to other buildings in the area.

The radio station, located at Montanan, Ibadan, was said to have been under locks and keys as of the time of the incident.

The Director, Oyo State Fire Service, Moshood Adewuyi, said the fire station was alerted around 11 am.

The Nation reports that the firemen were mobilised to the scene following a distress call by residents of the community in the early hours of Saturday.

Adewuyi said, “It is true that the studio of the online radio station caught fire this morning; the place was under locks and keys on the arrival of our men. None of the workers of the radio station was around at the time of the outbreak.

“You know, a studio is always padded with foam. That aggravated the fire.”

Asked of the extent of damage at the radio station, he said, “We cannot quantify that. The transmitter; the studio equipment; and office materials at the station were damaged by the inferno.

“The people around there alerted us around 11 am. One man was electrocuted. But, thank God, it was not much.

“What happened was that as soon as our men arrived at the scene, we directed our control room to instruct the Ibadan Electricity Distribution Company to cut power supply to the area.

“Without getting supply from us, they restored power supply to the area. Majority of the people were already wet, and you know, water is a conductor of electricity. But thank God there was no casualty.

FG Makes Fresh Announcement On VAT that Affects All Nigerians