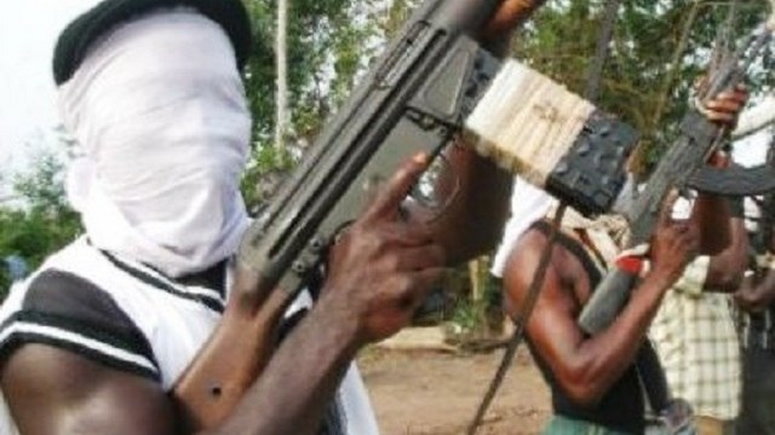 Five persons were feared dead, fourteen injured in a fresh terrorist attack by Gunmen from the Islamic State West Africa Province at Maiduguri, Borno State.
It was gathered that the gunmen stopped the vehicles around 1730 GMT on Saturday near Auno village, 20 kilometres from Maiduguri, and attacked drivers and passengers with machetes as they fled into the bush.

“We have so far recovered five dead bodies and 14 people with severe injuries all from machete cuts,” militia leader Babakura Kolo told Thecheernews.

Information gathered revealed that the death toll might rise since more bodies could still be in the bush.

“The terrorists killed several people in a machete-hacking spree, following them into the bush where bodies are still scattered,” he said.

A team of police, militiamen and local hunters combed through the area Sunday, evacuating the dead and the injured.

The rescue operation was hampered, however, by the team’s refusal to go deeper into the bush for fear of attack from the jihadists.

“We can’t go deep inside the bush which is littered with more bodies because the insurgents are very much around,” another militia Ibrahim Liman said.

“We don’t have the kind of weapons they have to give them a good fight,” he said.

ISWAP, which split from Boko Haram in 2016, used to focus on attacking the military but has increasingly been targeting civilians.

The highway has been targeted by militants who attack troops and abduct motorists at bogus checkpoints.

The spike in attacks followed the creation of ‘super camps’ by the Nigerian military in the northeast which saw small army camps collapsed into big bases to stave off jihadist raids.

Last month, ISWAP jihadists killed 30 people in an overnight raid on Auno along the highway leading to Maiduguri where travellers had stopped for the night due to a night-time curfew.

The decade-long conflict has left 36,000 people dead and displaced 1.8 million from their homes in northeast Nigeria.

The violence has spread to neighbouring Niger, Chad and Cameroon, prompting the creation of a regional military coalition to fight the insurgents.