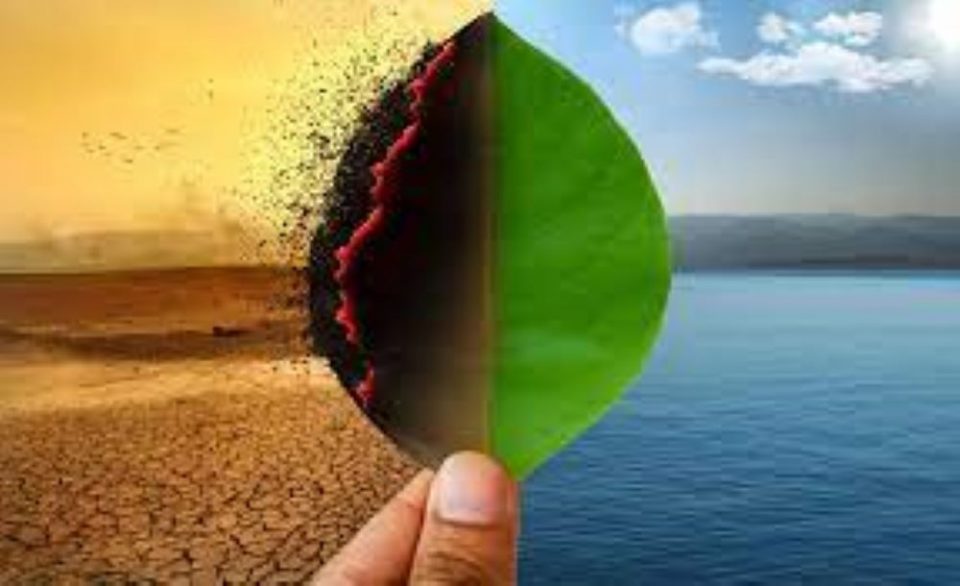 Behind all these initiatives, are the young men and women featured in “From Milan to Glasgow: Moroccan Youth Leaders in the Spotlight“, a new campaign launched by the United Nations team in Morocco to empower young people to take climate action and reduce the harmful carbon emissions that are dangerously heating the planet.

For the United Nations Resident Coordinator in Morocco, Sylvia Lopez-Ekra, the new campaign is a “bet on the importance of partnering with Moroccan youth invested in climate issues.”

One of the activists featured is Manal Bidar, an 18-year-old from the city of Agadir, who believes “it is young people who can tip the balance to the right side in the fight against climate change.”

She first got involved in climate and environment action at 13, when she joined a group of friends from a local club, to clean a beach.

She is now an ambassador for the African Youth Climate Hub, a platform that brings together activists from the continent, and serves as an advisor to the Global Center on Adaptation (GCA), an international non-profit dedicated to promote climate-resilience around the world.

‘Fight of our lives’

Like Ms. Bidar, Hasnae Bakhchouch, a 22-year-old student from Rabat, is taking action to tackle the impact of climate change.

“With its adverse effects on biodiversity and the health of living beings, climate change jeopardizes societies and can cause conflicts over access to natural resources”, she says.

Ms. Bakhchouch was a National Coordinator of the Moroccan youth delegation to the UN Conference of Youth on Climate, held in September 2021 in Milan, Italy.

She explains that the goal was to draft recommendations for the 26th UN Climate Change conference (COP26), which was held in Glasgow, Scotland, a couple of months later.

The Conference closed with a “compromise” deal, which the UN Secretary-General, António Guterres, said was simply “not enough”.

At the time, the UN chief encouraged young people and everyone leading the charge, to keep fighting.

“We are in the fight of our lives, and this fight must be won”, he said.

From coffee to bricks

One day, while enjoying a cup of coffee, Hamza Laalej, a 23-year-old Moroccan student from Meknes, asked himself if there was a way to recycle the large number of coffee grounds that end up in the garbage every day.

Months later, Mr. Laalej managed to turn his idea into a viable green business, where one of the main products is an eco-friendly brick made with a mix of coffee grounds and regular clay.

“Inspired by the Moroccan craft tradition, the production of these bricks relies on [using less] heating, thus helping to reduce greenhouse gas emissions”, he explains.

Since then, he has teamed up with 23-year-old Moroccan, Nour El Houda Ben Khoudja, to launch a company that specializes in the collection, sorting, and transformation of coffee grounds into building materials and decoration products.

“You don’t have to wait for the perfect time to start [a green business]. It’s the obstacles you encounter along the way that make business creation an inspiring and fruitful adventure”, he says.

A roundtable organized last November, during the launch of this UN campaign, saw other young people present their green start-up projects.

The goal is to provide companies operating in the Moroccan port of Tangier Med, with a renewable alternative to meet their energy needs.

Hicham Zouaoui and Otman Harrak spoke about their carpooling app, that currently allows some 400,000 Moroccans to travel across the Kingdom, helping save on transportation costs and reducing CO2 emissions.

For his part, Seifeddin Laalej heads a start-up that specializes in recycling plastic waste to manufacture building materials, which he sells all over the country.

“It is important that young people believe in their potential and launch their own projects based on their skills and professional networks”, he said.

According to the UN Resident Coordinator, “thanks to its climate policy for the past years, Morocco has become a key leader on initiatives for climate action.”

The country is currently one of the few nations with a nationally determined contribution (NDC) in line with the global target of 1.5°C.

Cuba presents Letters of Credence to the African Union Commission