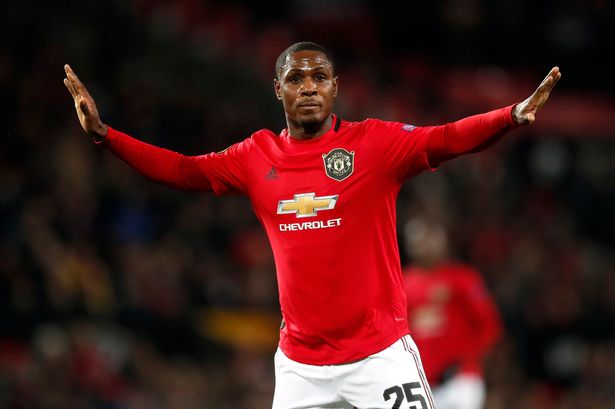 Nigerian Odion Ighalo has been offered a new contract of £360,000-a-week at Shanghai Shenhua club.

The Times reports that  Ighalo is set for a return to China. His Manchester United loan deal ends in six days, which was the agreed length when the Red Devils signed him in January.

Of course, things have changed since then. The global pandemic means that Ighalo hasn’t been able to see out the season at Old Trafford, as was initially intended.

Ighalo wants to stay at United, but talks between the two clubs have allegedly stalled. It now looks like the striker will be heading back to China on Sunday.

In order to try and keep Ighalo happy long-term, Shanghai Shenhua have allegedly offered him a new deal. Ighalo would be earning £75million over four years if he accepts, which is around £360,000-a-week.

READ ALSO: We Need Ighalo Back To China This Week – Shanghai Shenhua

Ighalo’s desire to stay in England may be a problem though. He’s a boyhood United fan, and fans have taken to him quickly despite initial bemusement at his arrival in January.

Meanwhile, Sky Sports recently claimed that Newcastle wants him. Their huge takeover could go through soon, providing them with major backing in the transfer market.

Newcastle may be able to rival Shanghai Shenhua’s riches, but whether that is a good idea is another matter.

Ighalo turns 31 this summer and played just 61 minutes of Premier League action before the pandemic hit, so paying such huge money for the ex-Watford man would be a big risk.