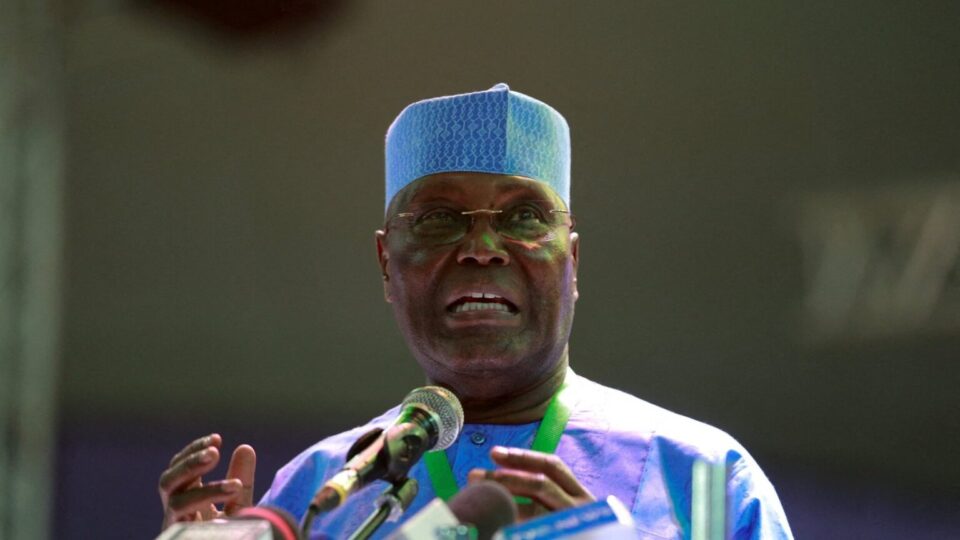 Atiku Abubakar, the People’s Democratic Party’s (PDP) presidential candidate, has referred to the Boko Haram insurgency as perplexing and said that there was no forest in the Sambisa region.
In response to a query about the security situation in the North East, particularly the Boko Haram insurgency in Borno State, he replied this.
The occasion is the ongoing Presidential Town Hall meeting in Abuja on Channels Television.
Atiku acknowledged that there were a number of factors at play, making it difficult for him to fully comprehend the Boko Haram insurgency phenomena.
He explained that his strategies for addressing Nigeria’s security issues will be based on science.
READ ALSO: Ronaldo: How Portugal Dashed Away My Goal Of Winning World Cup
He used the United Arab Emirates as an example, a country with a population of over 10 million people but few uniformed police officers on the streets, where crime is swiftly identified and dealt with.
“I still cannot identify a place in Borno State where a man may hide,” Atiku declared.
“I’ve been to the Sambisa location. There is only vegetation above the ground; there is no forest. I don’t understand why you see people moving when you are flying back to Nigeria.
“When I was stationed in Borno, and then North East, I never saw any places where a person could hide. However, we sent in the Nigerian military, which was once the best and had participated in numerous external conflicts.
“I’m confused. I don’t understand; perhaps I will once I arrive. Business and politics are both present. The need is for leadership.
When asked about his intentions for the Niger Delta, the PDP candidate expressed disappointment that the goal of his proposals, which were passed on to the late President Umaru Yar’Adua and ended in the creation of a Ministry for Niger Delta Affairs, had not yet been met.
He declared, “The Ministry has failed to complete a single project. Consider the East-West Road as an example; although they have the funds to finish it, they haven’t. We shall examine its features when we arrive.
When discussing the trading money initiative of the All Progressives Congress administration under President Muhammadu Buhari, Atiku bemoaned how the APC had turned it into a political instrument.
He claimed that in order for it to be successful, it must be institutionalized in order to withstand administrations and provide more Nigerians with access to improve their lot.

Can Asthma Be Cured? Check Out

Tinubu: I Will Rule In Accordance To Our Country’s Constitution