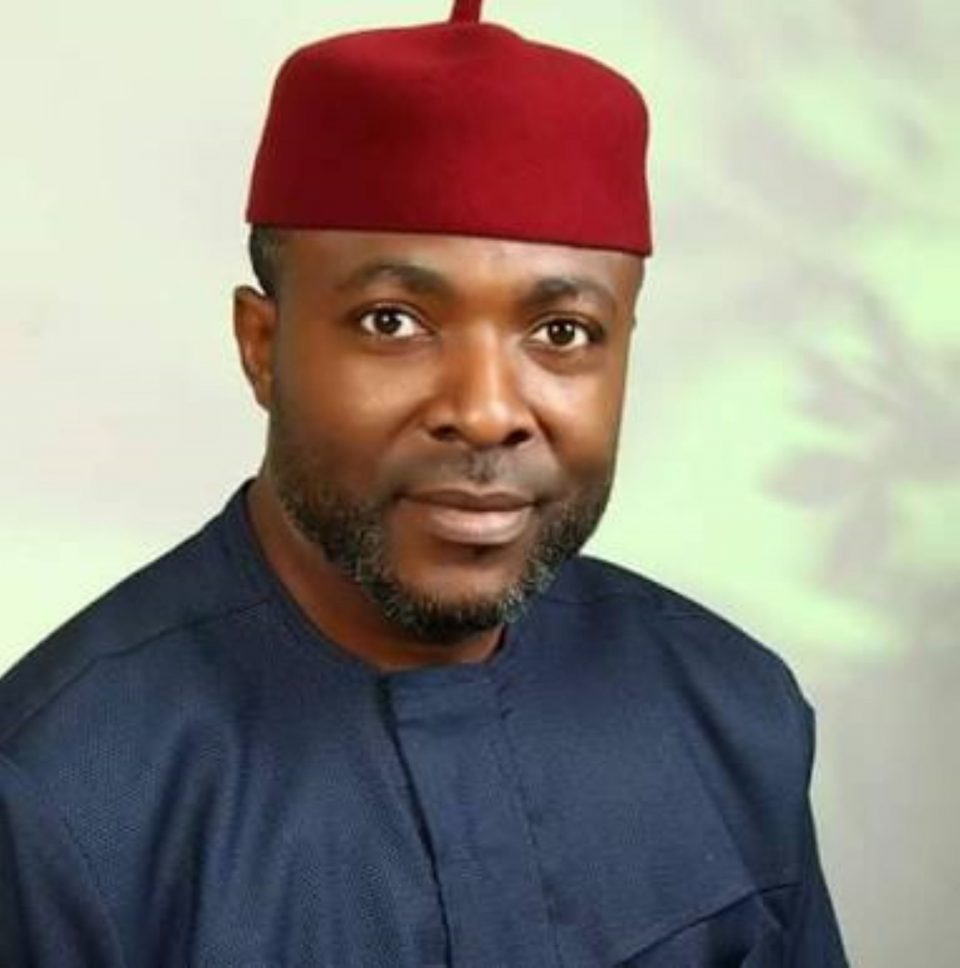 Mr. Kennedy Ibeh, the member representing Obowo State Constituency in the Imo House of Assembly, has explained why his supporters beat up a journalist.

He said the journalists were beaten up for blackmailing him to pay some undisclosed amount.

A journalist and publisher of Newsfield newspaper, Finian Chuks was on Thursday battered by suspected thugs who, the victim alleged, were working on the orders of Ibeh during the defection of some Peoples Democratic Party(PDP) officials to the All Progressive Congress Party(APC) in Owerri.

Chuks told journalists that his sin was publishing a story in his newspaper where he accused Ibeh of instigating the certificate scandal in the Assembly.

He also alleged the lawmaker’s bank account was used to siphon N1.3 billion IMSUBEB fund meant for construction of school buildings in the state.

But, reacting to the incident in a statement issued by his Media Consultant, Onyekachi Ifeanyi, Ibeh described the claims as spurious.

He argued the journalist published falsehood against him and brought copies of the newspaper to the APC secretariat, where the event was taking place.

The statement reads: “On Thursday, while the honourable member came along with the Speaker and other lawmakers to APC party secretariat to receive some defected PDP officials, Finian Chuks came to the arena with loads of the newspaper where he published the falsehood as the banner headline and was sharing it to party faithful and the entire crowd.

“He was challenged by admirers of Kennedy Ibeh who cautioned him to stop distracting the event with the distribution, which eventually degenerated into fisticuffs among them towards the end of the program”.

Ibeh also accused the journalist of
demanding he pay him some money and arrears of a bill he accumulated at a hotel in Owerri or face malicious attack.

“He carried out his threat by greatly maligning the hard-earned reputation of the honourable member by publishing unprintable things against him.

“He cooked up unimaginable lies, including describing the lawmaker as a cultist responsible for killing people in his constituency.

“He fabricated this falsehood, which is his stock-in-trade, and made it a banner headline in his newspaper-Newsfield.

“He also posted same in Facebook and other social sites,” the statement reads.