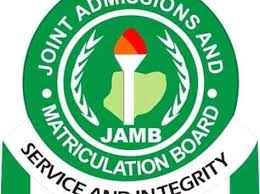 No fewer than 19 retirees of the Joint Admissions and Matriculation Board (JAMB) who left the service of the Board were gifted during their send-off ceremony.

The send-off, which took place at the prestigious Congress Hall of Transcorp Hilton, Hotel, Abuja, also witnessed presentations of gifts and souvenirs to the retirees.

In his remarks shortly before the commencement of the occasion, the Registrar, Professor Is-haq Oloyede, expressed appreciation to the retirees for their services to the Board and the nation.

Oloyede said, “We appreciate your diligence while in service and we believe you will continue to be good ambassadors of the Board wherever you might be.”

The Registrar recalled that three years earlier, the Board resolved to celebrate all retirees who exited the system with clean records regardless of their cadre.

Prof. Oloyede commended the role of the Governing Board under the distinguished Chairmanship of Dr Emmanuel Ndukwe for the robust retirement package approved to insulate the retirees from the endless wait for retirement benefits from the appropriate authorities.

The Registrar, while urging those in service to be upright, disciplined and committed to duty, said, “It would be difficult to find a public establishment that has prioritised and improved the welfare of staff the way JAMB has done all in a bid to discourage staff from cutting corners.”

He said that the Board would continue to facilitate openings for willing and able retirees to render post-retirement services in other organisations and urged beneficiaries to be of good behaviour so as not to close the gate against future potential beneficiaries.

Similarly, the Chairman of the Board, Dr Ndukwe, urged the retirees to take good care of their health just as he congratulated them on the meritorious services rendered to the Board.