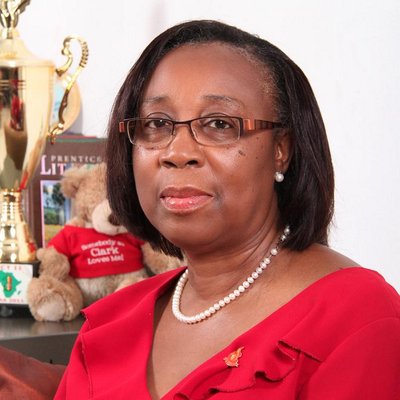 Education stakeholders have fingered the Joint Admissions and Matriculation Board, JAMB and tertiary institutions as partly responsible for the quality of teachers in the country.

They said the role JAMB and institutions of higher learning play in admitting students into faculty of education speaks volumes.

Dr Modupe Adefeso-Olateju who spoke in Lagos as a guest speaker during a book launch on ”The Right Teachers” said that teachers have their problems and the process of admitting them into school was also faulty.

Adefeso-Olateju who described as poor the average teachers’ performance in class, said that teachers problem started during admission into school.

She said that many students who find themselves in the education department, did so because other faculties rejected them.

Adefeso-Olateju said: ‘’College of education over the years has consistently accepts candidates with lowest WASSCE results. JAMB also on its part, reduced admission’s cutoff mark for candidates going to Colleges of Education.

‘’Even candidates who choose Education as a course for university admission, get lower cutoff mark from the institutions and their departments.

‘’Little surprise that many students in education department are ashamed to tell other students that they are education students.

‘’Unfortunately, these set of undergraduates are the people that in turn would teach or are already teaching our children.

‘’What kind of teachers do we want to attract into the profession?”

‘’It is only in a weak education system that anyone can teach. That is why anyone in any discipline can pick up a teaching job. 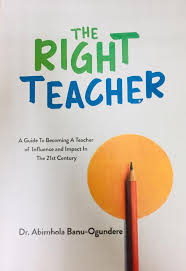 ‘’Teachers should seek innovation that could revolutionize the teaching profession.” According to her, students and teachers are not learning enough.

On her part, Commissioner for Education, Lagos State, Mrs Folashade Adefisayo said the issue of substandard teachers is a national issue. ”It must be taken seriously,” she said.

Adefisayo who wrote the forward of the book, ‘The Right Teacher’ confirmed that there are many problems bedevilling the education sector which needed urgent attention.

She: ‘’If we don’t collectively solve the problem of teachers in our country because you feel you can put your children in the best school within and outside the country, we are making a grave mistake.

‘’If you put your children in a good school around the world when they graduate, they will come back home to live with those that are not trained.

Mrs Adefisayo, therefore called on teachers to reskilled themselves to change the narrative. According to her, the role teachers play in the lives of students are unquantifiable.

‘’The Nigerian curriculum is not bad as many people think but the implementation of the content is the issue. Teachers are saddled with the responsibility of implementing the curriculum.”