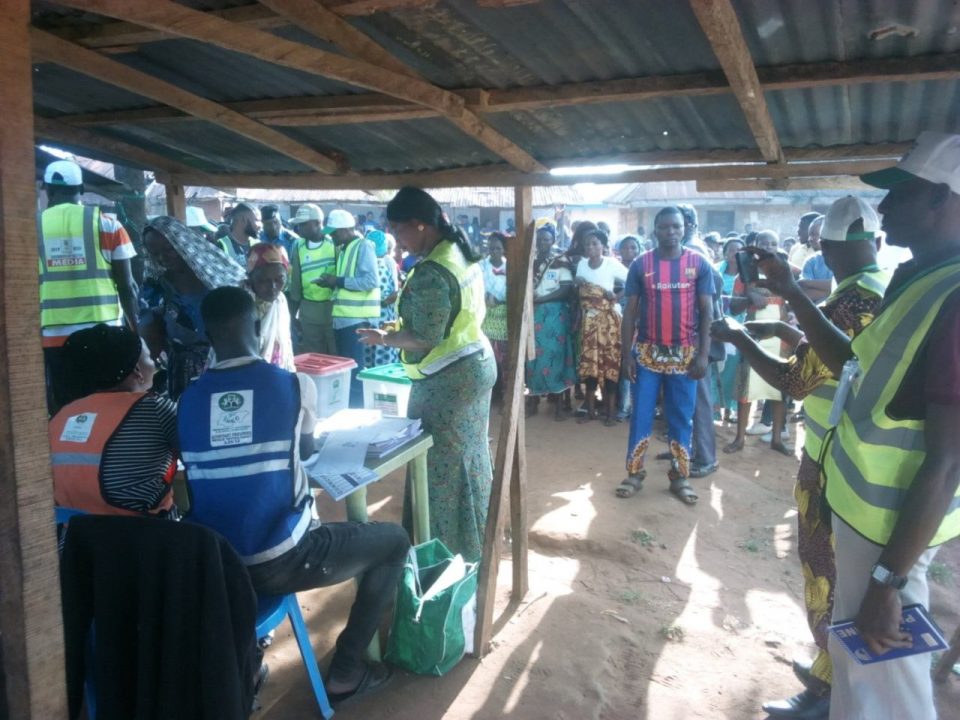 As we speak, the good people of Kogi state are casting their votes.

The voting started with an impressive turn out in some voting units. Also, the Kogi West senatorial district recorded huge turnout and was also peaceful.

Election materials also arrived early as scheduled. Speaking at the Unit 002 Open space in Odokoro Gbede, the Ijumu Council chairman, Taofiq Isah promised that today’s election will be the most peaceful election.

He likewise expressed optimism that his party will come out victorious.