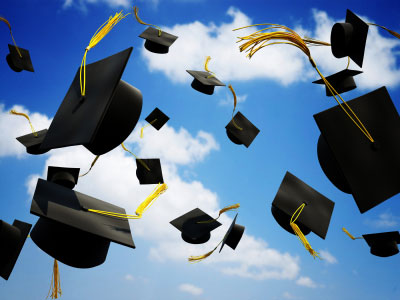 To advance the commitment to the growth and development of youths, MAC Bickersteth, Leadway Assurance, KPMG, and Andersen have awarded 10 students with full tertiary education grant, under the Seyi Bickersteth Scholarship Programme (SPSP) 2021.

The scholarship programme is targeted at indigent individuals studying Economics, Accounting, Finance, Actuarial Science, Insurance or Business Administration. Each beneficiary will receive the sum of Four hundred thousand Naira (N400,000.00) annually for four (4) years of their tertiary education. The inaugural award presentation ceremony took place at KPMG Tower in Lagos on Friday, December 10, 2021, with the executives and representatives of the organisations presenting the scholarship grant to the beneficiaries.

In addition to the annual scholarship grant, the beneficiaries will also receive summer internship opportunities and be part of a mentorship programme. The Awardees would also be eligible to work at any of the three firms (KPMG, Leadway Assurance or Andersen) should they graduate with First-Class or Second-Class Upper honours.

Speaking at the ceremony, wife of the Late Seyi Bickersteth and Trustee of the SBSP, Mrs. Catherine Bickersteth, said the scholarship programme is in consonance with the family’s tradition of offering scholarships to deserving individuals. She emphasised the profound value of giving back, which Late Seyi Bickersteth had benefitted from and hence validates this commitment to advancing holistic education for indigent youths.

“The Seyi Bickersteth Scholarship Programme identifies intellect, passion and leadership traits in students with financial challenges, just like Seyi had these challenges several years ago before the Federal government stepped in. I am hopeful that the beneficiaries of this programme will grasp the full measure of this opportunity and embrace the principles of intellectual excellence, unassailable integrity, and enduring impact, as well as emulate Seyi’s thirst for and commitment to diverse knowledge and its use for positive and selfless impact.”

Chairman, Leadway Holdings, Mr. Oye Hassan-Odukale (MFR), congratulated the awardees and encouraged them “to embody, reflect and replicate the same high-performance spirit, talent and values, Seyi had and even more. What matters the most is not the amount given to each beneficiary but the commitment of the partner companies to extend their support to the beneficiary for a long-term period by providing internship, mentorship, and work opportunities.”

National Senior Partner KPMG, Nigeria and Chairman, KPMG Africa, Mr. Kunle Elebute, said, “The Seyi Bickersteth Scholarship Programme is an extension of a vision and a gift that keeps on giving, which is Seyi. With this scholarship programme, we believe the excellence and commitment Seyi had towards personal growth and development will continually find tangible expressions”.

During the vote of thanks, Co-Regional Managing Partner, Andersen Africa, Mr Leye Adebiyi, appreciated the partners, congratulated the awardees for being exceptional by raising the standard of excellence at the inaugural scholarship programme, as well as celebrated the parents and guardians for supporting these young stars.

Maryam Kuranga, a 100-level student at the University of Lagos, said on behalf of the awardees, “I want to say thank you to MAC Bickersteth, KPMG, Leadway Assurance and Andersen for making it possible. I am inspired to want to do more, as well as help others become better people in any way I can.”

Mr. Olushola Ajao, one of the recipients’ parents, commended the organisation for their laudable support and commitment to exceptional educational performance. He also admonished the awardees to motivate the firms to provide continuous support for many years to come.

Late Seyi Bickersteth served as a Senior Partner of KPMG in Nigeria from 2002 to 2016 and Chairman, KPMG Africa, from 2014 to 2016. Upon retirement, he served on the boards of blue-chip companies, including Leadway Assurance and was also the Regional Managing Partner and Chairman of Andersen Africa.