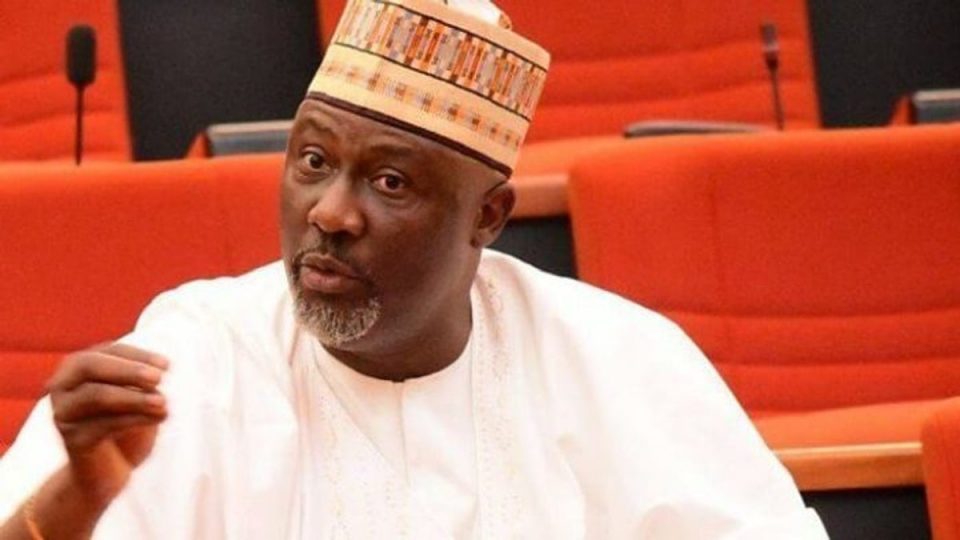 Ousted Kogi West senator, Dino Melaye was the toast of a media event on Sunday in Abuja as he bagged the man of the year award.

But the whole event played out like one monstrous satirical joke as the man who presented the award at the Kwararafa Media Award was no less than Malam Garba Shehu, President Muhammadu Buhari’s Senior Special assistant, whose party just executed a coup de grace against Melaye in his Kogi West redoubt.

And then Shehu, chairman of the occasion, after the presentation, went ahead to canvass the control and regulation of the social media, where Melaye is undoubtedly one of the influencers, with over one million followers on Twitter and 1.3million followers on Instagram. On the platforms, Melaye, who belongs to the opposition Peoples Democratic party had rolled out tweets and posts ridiculing Shehu’s All Progressives Congress.

Perhaps, Shehu had Melaye in mind, when he warned in his speech, that leaving the social media to operate without regulation could result in more lawlessness, violence and deaths, explaining that the Federal Government is not against free speech.

The Presidential aide said the emerging modern media platform had played a strong role in promoting information sharing, strengthening democracy, and building networks of relationships, but without supervision or control, the nation risks more havoc.

“For instance, the entire Kasuwan Magani saga that resulted in the death of more than 50 people was because someone posted misleading information on WhatsApp that went viral.

“All countries in the world are trying to make laws to check the excesses. Many countries are trying to control the situation. The Europeans have placed a new law that holds the companies responsible.

“In the United Kingdom, the parliament has received a report on social media. There is a youth addiction to it, just like cigarettes. Without any form of control, it has done harm to women, ethnic minorities, individuals, institutions and countries,’’ he said.

Shehu said the Minister of Information and Culture, Lai Mohammed, had consistently called for a meeting of stakeholders to agree on modalities for regulating the social media but was rebuffed.

“The federal government is saying that stakeholders should come together and agree on regulation. We know that no matter how bad the situation it favours someone.

“Some have argued that our constitution already has laws in libel, but the laws of the ‘60s never anticipated social media.

“No government has the right to muzzle freedom of speech. We don’t support the taking of lives as punishment. People insult others and share false information on social media. I hope that hate speech will be tackled so that Nigeria will be a sane place to live in,’’ he added.

The Senior Special Assistant noted that in every part of the world journalists go through some form of training, accreditation and licensing before plying their trade, like doctors, but “with a phone, a tablet or laptop anyone can reach millions, sometimes for good and other times with ulterior motives.’’

Shehu said hate speech preceded the social media, but it was traceable through the media platform and controlled, explaining that the social media, while emerging, portends a great force, and needs to be regulated for safety and peaceful co-existence.

The Chief Executive Officer of Kwararafa Reporters, Emmanuel Bello, said the publication was non-political, and it rewards politicians, public servants, business executives and individuals with a distinguished record of service to the nation.

The Special Adviser to the President, Media and Publicity, Femi Adesina and Shehu were honoured with “Media Excellence of the Year’’.

Wike Express His Desire For All Southsouth States