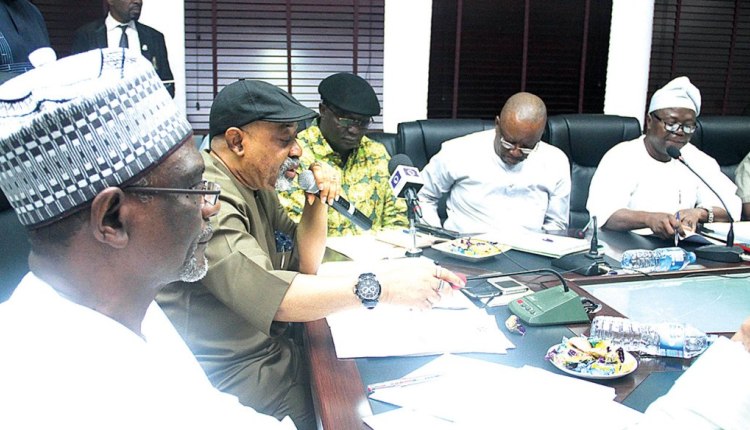 These are the highlights of  the minimum wage payment template released by the Federal Government.

The circular on the new wage, dated November 14 and signed by the Acting Chairman of the National Income, Salaries and Wages Commission, Ekpo Nta, is copied to top government officials, including the Chief of Staff to the President, Secretary to the Government of the Federation, ministers, among others.

It says: “Consequent upon the enactment of the National Minimum Wage (Amendment) Act 2019 and the negotiations between the Federal Government and organised labour (represented by the Joint National Public Service Negotiating Council) in respect of the consequential adjustments of salaries of employees in the federal public service, the President of the Federal Republic of Nigeria has approved the revision of the Consolidated Public Service Salary Structure (CONPSS) with effect from the 18th of April 2019.”

Organised labour has received the template which they have shared with their state councils to guide them in their negotiations.

President of the Trade Union Congress (TUC), Quadri Olaleye, yesterday said the circular had been sent to all state chapters.

“We have received the circular and we have sent it to all our state chairmen.”

Asked if state councils have opened negotiations with governors, he said: “There is no update yet because they were waiting for that document.

“We have just sent the document to them. We have to be patient to allow them to kick-start negotiations.”