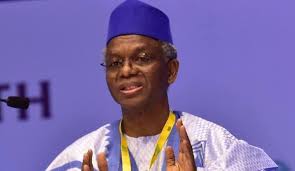 Nasir El-Rufai, the governor of Kaduna State, has stated that the Federal Government should exit the oil and gas industry because it has failed.
At KADINVEST, an annual gathering hosted by the Kaduna State Investment Promotion Agency, he made this statement on Thursday.
Speaking on the KADINVEST’s 2018 topic of “Building a Resilient Economy,” the governor claimed that all the government attempts to accomplish is unsuccessful.
Nasir El- Rufai claimed that the government is not involved in any of the successful industries in the nation, including entertainment, telecom, fintech, and others.
He claims that nothing has changed after the Nigerian National Petroleum Company’s commercialization in July 2022.
Although NNPC Limited’s Group Chief Executive Officer, Mele Kyari, is doing his best, according to him, the company has failed and has no business operating in the field.
There is no justification for the Nigerian government to remain involved in the oil and gas industry, he declared. It ought to just leave now that it has failed. It has been a failure by every metric.
“Taxes are what we live on. PPT, royalties, and income tax are what keep this nation alive. I disagree with NNPC’s assertion that subsidies have consumed all oil earnings. So, the oil and gas industry should be sold by the government.
Since 1999, while I was in charge of the Bureau of Public Enterprises, I have been emphasizing this issue (BPE). I haven’t had a change of heart.
You can read more of such stories at The Cheer News
NNPC And Others, To Increase Local Gas Use To 5 Million Tons In 3 Years
3 Imprisoned For Stealing Nigerian Flag From Zuma Tourism Site
Kola Ologbondiyan Tells Nigerians: &#8220;Atiku Has The Solution To Your Pain.&#8221;
“Whatever electricity there is left should no longer be used by the government. Let the private sector handle it. Keep the environment clean. The funds will appear. Other than adding L to it for the limited, nothing has changed for NNPC. They continue to take our money. Although we haven’t received any dividends, they are still reporting earnings.
“NNPC is a significant issue for Nigeria, and if we don’t address it, Nigeria will fall.” The issue is institutional and systemic; it affects many people.
You can read more of such stories at The Cheer News and Credible News

Wike: I Insist On Ayu’s Resignation Even Though I’ve Accepted Atiku

The Niger Delta People Own Crude Oil, Not Everyone- Asari Dokubo