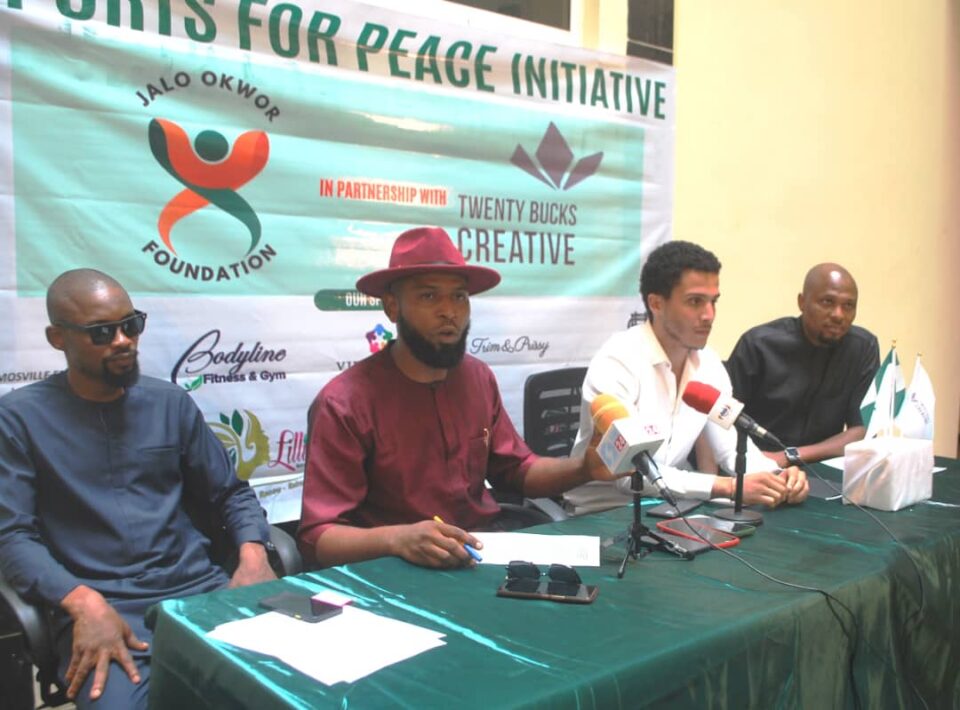 A football game between political parties will be held later this year by a non-governmental organization, the Jalo Okwor Foundation, in collaboration with Twenty Bucks Creative, to encourage peaceful cooperation before the elections in 2023.
The project, with the subject “Sports for Peace,” will be held in December 2022, according to Charbel Olusanya Jarrouge, founder of Twenty Bucks Creative, who gave a press conference yesterday in Abuja on the sidelines of the signing of an MOU between the foundations.
The APC, PDP, LP, NNPP, AAC, and other political parties in Nigeria are represented on the squads, he stated.
We would get in touch with the young leaders for those who are interested in taking part in this competition to set up a squad that would compete as a representative of their party.
You can read more of such stories at  The Cheer News
Tom Cruise Makes Plans To Film Movie In Space
Showmax To Stream Live 2022 Celebration
Fans Are Teased By A New Song From Kizz Daniel
By supplying a foreign referee who is impartial and has no knowledge of the identities of the Yoruba, Hausa, and Igbo peoples, we can guarantee Nigerians a fair game.
Sports are a medium that fits every tribe, religion, economic class, and social status, according to Stephen Ushie Okwor, coordinator of the Sports for Peace Initiative.
As a result, he stated, “we are using sports, and football in particular, to discover and reroute young people who may otherwise have taken incorrect courses.”
You can read more of such stories at The Cheer News and Credible News

El- Rufai: NNPC Is A Big Difficulty To Nigeria