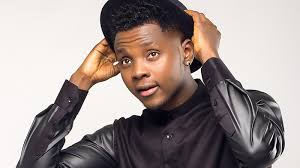 Oluwatobiloba Daniel, better known by his stage name Kizz Daniel, is a Nigerian musician who recently dropped a preview of his new song, “Cough.”
The well-known Buga singer revealed that the much awaited single will be released on October 14 in a tweet on Monday.
Kizz Daniel added the hashtag “Cough (ODO) OCT 14th” on a video he shared that showed him dancing to the song with a few other people.
Kizz Daniel had taken the world by storm this year with his well-known song, “Buga,” which has been a big hit for the artist, with many listeners over the world, as well as Liberian President George Weah, being caught dancing to the song on many occasions.
You can read more of such stories at The Cheer News
Showmax To Stream Live 2022 Celebration
Tom Cruise Makes Plans To Film Movie In Space
In addition to the singer’s enormous success, he has received criticism on social media for unfavorable reasons.
At his DMV appearance in the US, he had kept fans waiting for hours. Additionally, he had been detained in Tanzania for missing a gig for which he had been paid.
You can read more of such stories at The Cheer News and Credible News

Harrysong, A Singer, Being Held By Police