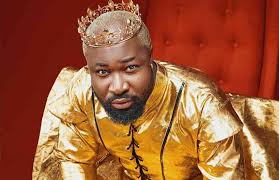 Harrysong, a well-known Nigerian singer and composer, is currently in the Nigerian Police Force’s care. The Reggae and Blues singer was taken into custody by the Lagos Airport Police Command.
Following a petition that music executive Soso Soberekon made to the Inspector General of Police, Harrysong was arrested as soon as he arrived in Nigeria.
Police Public Relations Officer Benjamin Hundeyin confirmed the musician’s detention and statement-writing.
The PPRO only stated, “He is currently in our custody and preparing his statement.
Harrysong was detained a week after he claimed that Soberekon dispatched hired murderers to kill him on the podcast Frankly Speaking, which was hosted by media figures Nedu, Husband Material, Toun, and Naomi.
Soberekon, a music executive, promptly filed a lawsuit against the artist as retaliation. Soberekon requested a retraction of the statement, an apology, and N500,000,000 in compensation in the statement he shared on his Instagram page on Tuesday.
You can read more of such stories at The Cheer News
The talent manager responded to the accusation on social media by writing, “In actuality, I always mind my business, stay on my lane, and put smile on people’s faces. Harrysong’s blatantly false, careless, and slanderous statement is quite disheartening.
“I ask my supporters to keep calm; this will be dealt with and handled appropriately and legally. Thanks.”
The artist responded to the lawsuit on social media by writing, “You dey sue me for social media. Dem questioned you? Are you going to an interview? use your flat blockus and little puncture. Full konkom. Go chi chun thing, you. (sic)
You can read more of such stories at The Cheer News and Credible News

I’m Going To Start Working So That You Guys Won’t Have To Lift Me Up Again. – Actress Ebube