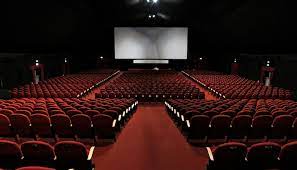 The Cinema Exhibitors Association of Nigeria (CEAN) reports that in the month of September, ticket sales at theaters throughout the nation brought in N495 million.
This information was provided in an interview with the News Agency of Nigeria (NAN) in Lagos by the National President of CEAN, Mr. Ope Ajayi.
Mr. Ope Ajayi. said that sales at the movie theaters increased by 31% between August 2022 and September 2022 and by 48% between September 2022 and September 2021.
According to him, ticket sales at movies produced N495,324,900.00 in September 2022 and N334,071,950.00 in September 2021.
You can read more of such stories at The Cheer News
Fans Are Teased By A New Song From Kizz Daniel
Showmax To Stream Live 2022 Celebration
“When comparing monthly revenue in 2022 to 2021, September showed a performance rise of 48% year over year, while box office receipts in September 2022 grew by 31% compared to August 2022.
“The 19 Nollywood movies shown in September accounted for 36% of box office receipts, while 15 Hollywood movies contributed to 62 percent,” he stated.
Mr. Ope Ajayi. lists The Woman King, Passport, Brotherhood, Beast, and Thor: Love and Thunder as the top five grossing movies for September.
Win or Lose, Detective Knight Rogue, Black Adam, Invaders, Halloween Ends, Lyle Lyle Crocodile, and One for Sarah were among the movies he named as coming out in the remaining days of October.
“As expected, Viola Davis and the cast of The Woman King delivered an excellent epic/action performance.
With all the sword fighting and action, it was also a wonderful pleasure to see Nollywood actor Jimmy Odukoya in a completely new light.
“When Brotherhood arrived, the festivities got even better because it was clear that the Greoh Studios production team wasn’t there for any lighthearted fun.
He said that the entire ensemble “gave their A-game,” delivering the action-packed scenes as promised and increasing the bar for Nollywood’s action genre. (NAN)
You can read more of such stories at The Cheer News and Credible News