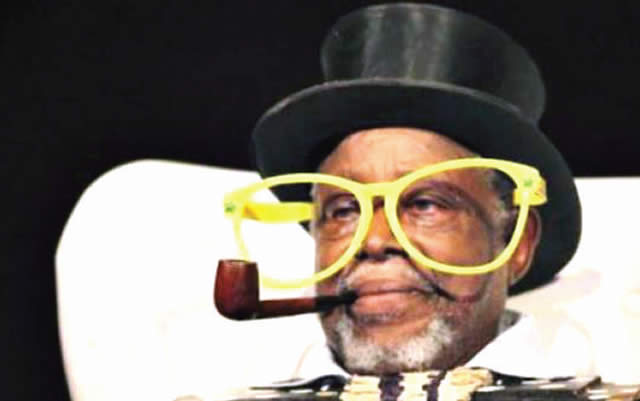 On Saturday, the inaugural “Baba Sala Festival” honored the late theatre star Moses Olaiya, better known by his stage name Baba Sala, a veteran comic and playwright.
The National Arts Theater in Iganmu, Lagos, hosted the “LAFTAISM 1.0” festival, which had the topic “Effects of humour in a challenged society.”
The festival was created to honor and immortalize Baba Sala because of all that he had done for the country, according to Mr. Emmanuel Adejumo, popularly known as “Boisala,” a son of the famous actor.
“We are considering making him immortal so that future generations can see, hear, and learn about his wonderful deeds. This legendary figure has made significant contributions to Nigerian humor and theater.
Baba Sala is a comedian and former musician who influenced people like Ebenezer Obey and King Sunny Ade.
“The younger generations might not really know who Baba Sala was, but thanks to the festival we’re starting and the kind of program we’re running, they’ll learn a lot about him.
“Because it will be an annual event, we termed it LAFTAISM 1.0. It will be a comedy, children, music, and dance event.
Laughter is life, he added, adding that they will also be performing one of his well-known comedies.
Baba Sala had a profound impact on many people’s lives, according to Mrs. Bukola Ogunbote, the festival’s chairman, and he shouldn’t be quickly forgotten.
You can read more of such stories at The Cheer News
Showmax To Stream Live 2022 Celebration
Fans Are Teased By A New Song From Kizz Daniel
“My mother always watches for Baba Sala’s television shows, and I have always loved him. Baba Sala was incredibly committed to changing people’s lives via humour.
“I give thanks to God because he has influenced so many people, via him. Both his celebration and his immortalization are worthwhile.
Not just in terms of comedy, but also in terms of how to live a decent life, she remarked, “We have learned so much from him.” (NAN)
You can read more of such stories at The Cheer News and Credible News