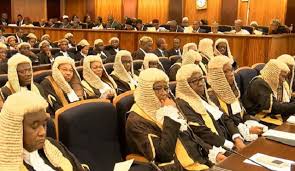 Seventy persons have been penned down by the National Judicial Council (NJC) for appointments as new judges for both Federal and state courts.

Soji Oye, NJC’s spokesman in a statement explained that the council took the decision after considering the report of its Interview Committee, during a virtual meeting held by members between April 22 and 23 this year.

According to him, the categories of those to be appointed include the President of Court of Appeal, Grand Kadis, President, Customary Court of Appeal and Judges of High Court of States and the Federal Capital Territory and Kadis of States Sharia Courts of Appeal.

MoFAIC receives credentials copy from Ambassador of Algeria to UAE