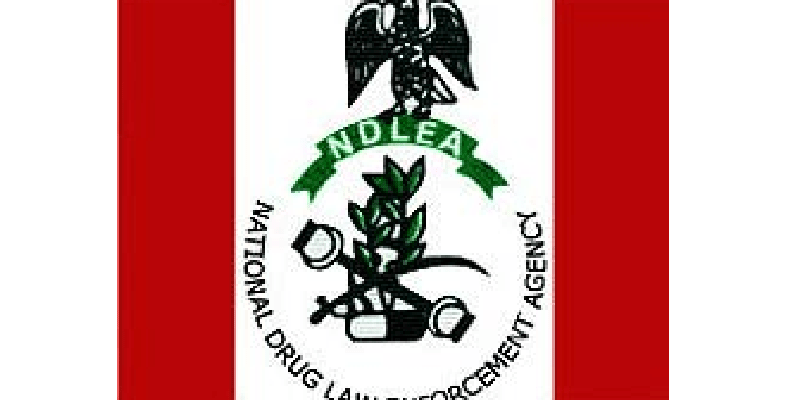 NDLEA, Nigeria Drug Law Enforcement Agency in Benue State has arrested three suspects with a truckload of 300 bags of substance suspected to be cannabis Sativa, popularly known as Indian hemp, along the Aliade-Otukpo highway of the state.

NDLEA Benue State Commander, Florence Ezeonye, who paraded the suspects before newsmen at the command’s headquarters in Makurdi, disclosed that the suspects, alongside the illicit goods, were coming from Uzeba in Edo State before they were intercepted by security operatives.

NDLEA intercepts 895kg of Indian hemp in Kano NDLEA arrest woman on the watch list for 10 years over illicit drugs She noted that the 300 bags of Indian hemp estimated to weigh four tons were carefully concealed with over two 200 bags of white cement while heading to Kano as a final destination.

We report that the driver of the intercepted vehicle narrated that they were able to beat security checkpoints before they got to Benue by taking advantage of the rains and in a convoy of trucks carrying essential items such as food.

However, the two accomplices denied knowledge of the illegal consignment being conveyed in the truck. The NDLEA Commander expressed worry at the ingenuity deployed by criminals in beating security at checkpoints at this critical period of COVID-19 lockdown.

He pointed out that had the suspects succeeded in transporting the banned substances, the owner would have made almost N24 million gain at the expense of Nigerians.

READ ALSO: 663 New Cases Of COVID-19 Has Been Recorded In Nigeria

Handing over the drugs to the State NDLEA Commander, Ambrose Umoru, the Customs Area Comptroller, Ahmed Hussaini Bello, said: “Having recognised the critical role NDLEA is playing in safeguarding the nation from dangerous drugs, we invite you to witness, as we carry out the directives from our headquarters, Abuja, the handover of seized drugs to NDLEA for the next line of action.”

The area comptroller stated that the seized 48 sacks containing 3,593kg of marijuana (cannabis Sativa) are valued at N237,138,000.00. Receiving the drugs, Kwara State NDLEA Commander, Umoru, said the handing over of the drugs symbolised the synergy between the two federal agencies.

663 New Cases Of COVID-19 Have Been Recorded In Nigeria

Nigerian Health Workers, Doctors Infected With COVID-19 Rise From 40 to 113 In One Week