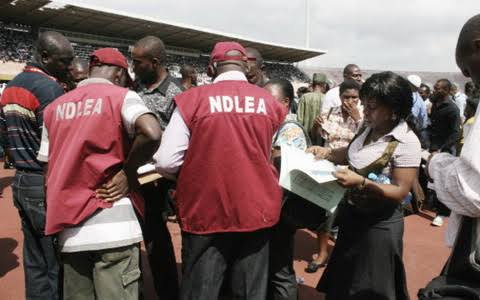 Mrs Josephine Obi, the new Commander of the National Drug Law Enforcement Agency (NDLEA) in Oyo State, has assumed office with a pledge to clamp down on drug traffickers in the state.

Obi, who recently took over from Mr Ralph Igwenagu, told the News Agency of Nigeria (NAN) on Wednesday in Ibadan that she was determined to improve the surveillance activities of the command.

She also said the NDLEA in the state would embark on massive enlightenment to sensitise the youths and members of the public on the effect of illicit drugs.

“It is lack of knowledge that makes people consume things that will endanger their health.

“We appeal to members of the public to provide useful information that will assist the command in ridding the state of drug traffickers.

“NDLEA will continue to do its part by discouraging people from consumption of hard drugs in order to reduce crime in Oyo State and Nigeria in general,” Obi said.

She further said that the command would partner with relevant stakeholders to get maximum support to prosecute the drug war.

Obi also said that the command had been equipped while NDLEA officers were undergoing training and retraining on intelligence gathering and investigation strategies among others to enhance their professionalism.

She commended the state government for the vehicle recently donated to the command and called on other organisations to assist the command.

“We need more vehicles and funds to be able to cover Oyo State because information gathering is very expensive,” Obi said.