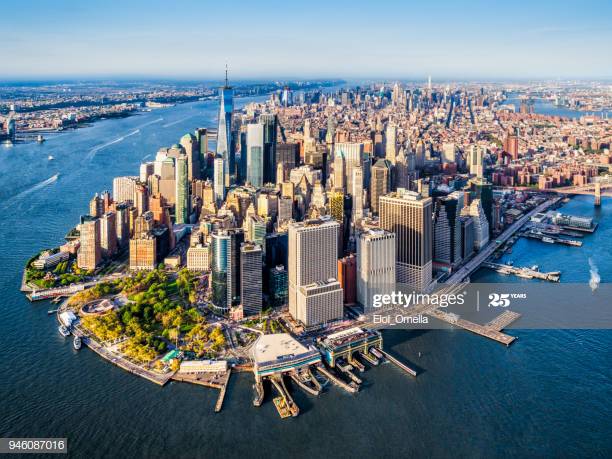 According to The New York Times, the new figures, released by the city’s Health Department, drove up the number of people killed in New York City to more than 10, 000, and appeared to increase the overall United States death count by 17 per cent to more than 26,000.

The numbers brought into clearer focus the staggering toll the virus has already taken on the largest city in the United States, where deserted streets are haunted by the near-constant howl of ambulance sirens. Far more people have died in New York City, on a per-capita basis, than in Italy — the hardest-hit country in Europe.

The revised death toll renewed focus on shortcomings in testing that have hamstrung city and state officials since the beginning of the outbreak. A limited number of tests have been available, and until now, only deaths where a person had tested positive were counted among those killed by the virus in New York.

But for weeks, the Health Department also had been recording additional deaths tied to the virus, according to two people briefed on the matter. Those cases involved people who were presumed to have been infected because of their symptoms and medical history.

They were not included in the counts given publicly by Mayor Bill de Blasio because no tests had confirmed that the victims had the disease, Covid-19.

Mr. de Blasio decided, after another round of briefings over the weekend, to release the presumptive cases, the people said. Most of the added deaths took place in hospitals, according to the data. Others occurred in nursing homes or other long-term care facilities and in residences.

“In the heat of battle, our primary focus has been on saving lives,” said Freddi Goldstein, the mayor’s press secretary. “As soon as the issue was raised, the mayor immediately moved to release the data.”

New York City appeared to be among a handful of places in the country that are beginning to report cases where infection is presumed but not confirmed. Connecticut, Ohio, Maryland and Delaware all began reporting probable cases this week, Oxiris Barbot, the New York City health commissioner, said in an interview.

Officials in California and in Seattle — locations of early cases in the American outbreak — said they included deaths as connected to Covid-19 only when the disease was confirmed by testing.

The new numbers in New York cover the weeks between March 11 to April 13, beginning at a period when the virus had already been spreading throughout the city and its surrounding suburbs. Mr. de Blasio and Gov. Andrew M. Cuomo shut down large swaths of the city and state by the third week of March.

New York City has been reporting the additional cases to the federal National Center for Health Statistics for more than a week, health officials said. But Dr. Barbot said that the city would continue reporting only confirmed cases to the Centers for Disease Control, because that is what was requested. “We are more than happy to report on probables,” she said.

The C.D.C., in its guidance to local governments, has recommended that cases of “assumed” coronavirus infection be recorded on death certificates since before New York City recorded its first death on March 14.

A spokeswoman for the C.D.C. said that total for coronavirus deaths in New York City as of Monday was 6,182 — the same number publicly reported by the city Health Department on Monday, before the new numbers were included. On Tuesday, the city’s count went up to 6,589.

The city and the state have at times differed in their counts of the dead in New York City. As of Monday, the state said that 7,349 had died of the virus in the city. City officials have complained that they are at the whim of the state, which has been slow to share the data it receives from hospitals and nursing homes. The state Health Department explained on its website that the discrepancy is caused by the city and state using “different data systems.”

The sheer volume of additional deaths in the city has been felt daily. Emergency responders have seen the number of people dying at home jump significantly. Overwhelmed morgues have filled refrigerated trucks with bodies outside of hospitals.

And on Hart Island, the city’s old potter’s field, the number of unclaimed dead has grown markedly — as many people are buried there in a day now as would have been buried in a week before the pandemic arrived.

While the city has been uniquely overwhelmed by cases and deaths, the newly released data suggested that the toll elsewhere in the nation and the world may be much higher than reported.

Public health officials say that counting the dead from a pandemic disease like Covid-19 presents difficulties because many of those who die are older or suffering from other serious health conditions. And the full effects of the outbreak on mortality in New York City, and around the country, could take many more months to study and understand.

Epidemiologists who study such events said a complete account would include an analysis of the number of so-called excess deaths caused by the coronavirus, comparing the number of New Yorkers who died of all causes during the outbreak with the number of people who die during the same time period in an average year.

Those deaths, not caused by the disease but by other factors, can be connected to the outbreak, epidemiologists said, in part because of the way it overwhelmed the normal health care system.

City health officials have been gathering data on “excess deaths” as well, according to several people with knowledge of the discussions at the department. It was not clear when those figures would be released.