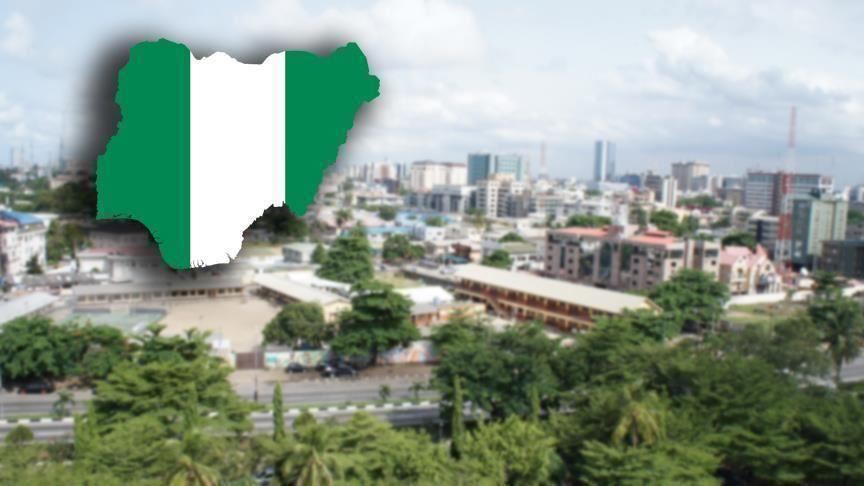 By NATASHA AKPOTI
Nigeria is simply a geographical expression of the imperialists’ greed and spite.
Recently, I was on a flight from Dallas to London when I struck an interesting conversation with an American professor of African history. We talked about the human race and countries.
America, he said was named after an Italian explorer called Amerigo Vespucci. Amerigo was known to denote his discovered land a “ New World”. So long after her independence, the New World appropriated quite well with the dream of all Americans.
“What about Nigeria”? He asked me.

Nigerians, what do you know about Nigeria?

“Flora Shaw Lugard coined Nigeria and her inspiration was the river Niger” I replied.
“Wrong”. The historian responded. “Republic of Niger was named after River Niger, not Nigeria”. That’s what white historians want you to believe. I don’t understand the gullibility of blacks. You have so much information but chose not to research but dwell and believe all the white man says” he added.
Nigeria simply means “The Nigger Area” or “Land of the Black slaves”.  Nigger was a common derogatory slang used for slaves” He bluntly said.
His words hit my heart sharply and I was grateful the cabin lights were dim so he couldn’t see the expression on my face. It was a night flight; we had 9 more hours to our destination so I had all the time to listen. Sipping slowly on my orange juice I beckoned on him to continue.
The West African Region identified as Nigeria today was known to have supplied more slaves than any other country. The quality of human “cargo” was supreme and priced much more than slaves from other West African countries.

Endowment of Nigerians that attracts the world

The men were strongly built and were expert cotton farmers. Only wealthy plantation owners could afford slaves from “Nigeria”. Little wonder, slaves from your country were nicknamed “black gold” and the British slave ship named “White Lion” brought them into Virginia.
“I am still not convinced” I shot at the grey-bearded historian.
“Very well, let’s start this way” he continued…
What gave River Niger its name?
I looked blankly at him…
It’s the European Slave traders and done for easy mappings. That river was the longest cutting across many black lands. River Niger simply means the River of Niggers or Negroes as you wish to say.
Listen, dear Natasha, you must have an open mind to first agree that most of what you were taught in Nigerian history is distorted and made to confuse the people.
I said nothing… and he kept on talking.
The imperialists were very brutal with no humane sentiments to Africa. Their business was simply to exploit and trade for their advantage. The Berlin Conference of 1885 legalized Africa as distant colonies to the imperialists.

Most African countries were named by what suited the “masters”.
Ghana was named Gold Coast because the abundance of gold Britain exploited.
Zimbabwe was named Rhodesia by Mr Cecil Rhodes who treated the country like his company.
Oh, lastly he added… the oil colony of the Niger Delta part of Nigeria was called the Slave Coast.
It was so when Asaba was the capital of the Southern Protectorate under the ownership of Sir. George Goldie the founder of the Royal Niger Company which had its headquarters in Lokoja.
Natasha, I hope you know that Sir. Goldie sold the Southern Nigeria protectorate (land and people) to the British Government for £865,000 (eight hundred and sixty-five thousand pounds) in the year 1899.
“Finally, finally” he added… “there was a debate on whether to name your country Negroland or Nigritia as you were the most populated black nation. However, those on Nigritia won and the word was added in the Century Dictionary in 1904 to mean a large territory of niggers/ negros”.

Thanks for your “lecture” I said.
Listen, I am sorry if I upset you but your country is greatly admired worldwide for its great resources especially its people. What happened to them is distortion of facts to enable indirect rule function at the detrimental discord of its people.
All Nigerian people need do is reach out to their core and harness a common vision which can bring forth the missing patriotism. You guys will be a world power in no time with your fire and potentials.  But first…
– reach your core
– find your truth
– build your nation
Hints: Ask for the Southern and Northern amalgamation contracts. These should be made public for all Nigerians to know. Get to know what terms Nigeria was married upon.

I know the Royal Niger Company was given some dubious rights to half of all mining revenue for 99 years from 1900.
These documents should be with the British government, United African Company and Leventis companies as there were parented from the Royal Nigeria Company. That’s if they are missing at your government’s administration.
That’s right… UAC and Leventis are owned by ex-slave traders and still grow their empires in Britain.
“Thanks once again dear sir. I need to get to my seat for some sleep”. I appreciated.
Just as I got to my seat, we hit turbulence and the seatbelt sign came on.
The plane shook violently, my mind went to late Pius Adesanmi and I made a silent prayer for him.
READ ALSO: How Egyptian TV News Report Alleges Turkey Behind Boko Haram Weaponry
I took a look at the live travel map that showed we were flying above the “Natashquan River” in Canada.
What? A river bearing a similarity with my name sounding like “ Natasha Can”.
Maybe this is some sort of a sign that I should not let this experience go but research more and share with you.
So I arrived Nigeria and began to research deeply; bearing in mind the professor warned that not all books are published online as some information are preserved for the “discerning” minds.

No price too much to pay for research on Nigeria

I searched up the Century Dictionary, the Slave ship named “White Lion”, Flora Shaw and the naming of Nigeria (what a story), the naming of the Republic of Niger; the Slave Coast of Niger Delta, Sir Goldie, Royal Niger Company, History of UAC & Leventis… the amalgamation contract.
Wait a second… I searched for the 1914 Nigeria Amalgamation contract and found no answer. We know the English men to be high on documentation and record-keeping so where are the amalgamation papers?
Who signed on behalf of Nigeria?
– Awolowo was born in 1909 and was 5 years at 1914
– Azikiwe was born in 1904 and was 10 at 1914
– Balewa was born in 1912 and was 2 years old at 1914
– Ahmadu Bello was born in 1910 and was 4 at 1914
Moving on.
It’s clear that the formation and naming of our beloved country is shrewd in dubious inconsiderable dealings. Little wonder we have become strangers filled with ethnic bitterness hanging unto the foreign man’s religion, government and education.
We are lost… but we can find our bearing if we begin not only to have discussions about our existence but take proactive remedial steps.
Some would shove this off as “mere history”. However, remember the proverb “a river that forgets its source runs dry”.

Outcome of 2019 elections not over yet

2019 elections may have come and gone. A lot of cases hope for redemption at the tribunal. But I say this, it’s not over yet. We all can put voices demanding for disclosures of amalgamation and naming contents. However, legislative and executive power matters in quickening the processes.
The Kogi governorship election comes up later in the year. Going through history, you shall see the possibilities of a New World being born from Kogi state.
It’s possible to get a governor who would begin discussions towards a willing coalition of regions.
Until then, Nigeria is just a name given to a lucrative land for colonial exploits … a land of strong black negros… The land which bears the poverty capital of the world… land afraid to be great. A land which feels it doesn’t deserve to be industrialized, educated, healthy and wealthy.
What’s in a name they say?
EVERYTHING!!!
Part 2 shall be up tomorrow.
(Natasha H. Akpoti)

Why We Drastically Reduce Our School Fees @ 35 – Greensprings