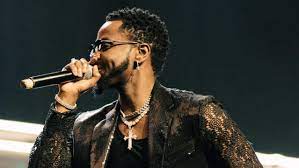 Oluwatobiloba One of the performers who will perform at the FIFA Fan Festival event in Doha, Qatar is Daniel Anidugbe, a well-known singer and songwriter better known by his stage name, Kizz Daniel.
On November 23, the singer will take the stage.
The association of football confirmed this on Friday by sharing a poster of performers on its official Instagram page.
You can read more of such stories at The Cheer News
2023: No Reversal Of Results Transmitted By Voting Units &#8211; INEC
DSS Employee Identified As Woman Who Dove Into Lagoon
“Some MASSIVE names. The lineup for the #FIFAFanFestival has been announced, so who do you want to see the most?, FIFA captioned the picture.
Calvis Harris, Diplo, Nora Fatehi, Trinidad Cordona, and more musicians are also scheduled to perform.
The 2022 FIFA World Cup, the competition’s 22nd edition, will take place in Qatar from November 20 through December 18.
However, because Ghana won a qualification ticket back in March, the Super Eagles of Nigeria would not be at the tournament in the Arab nation.
You can read more of such stories at The Cheer News and Credible News

DSS Employee Identified As Woman Who Dove Into Lagoon