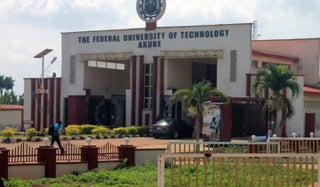 Following the alleged brutality of a female student of the Federal University of Technology Akure by six of her colleagues, the Ondo State Commissioner of Police, Mr Undie Adie, has given an order to prosecute the culprits.

The six students, who included: Popoola Olaniyi, Oluwadare Faith, Nandi Jessica, Ajuwon Emmanuella, Emmanuel Taiwo and Alao Cecilia, allegedly brutalised the victim on the allegation that she gossipped about one of them in one of the students’ hostels outside the campus of the institution.

Consequently, the school placed an indefinite suspension on the six students.

Speaking on the development on Monday, the Police Public Relations Officer of the State Command, Mr Femi Joseph, said the commissioner had asked the divisional police officer in charge of the area to take up the matter.

He said, “We have watched the disgusting video of the incident and the CP has ordered that those six students should be prosecuted, so whatever the university does on the matter, the students would still face prosecution.

“What the students did to their fellow student was bad and they can’t go scot-free, that is why we are taking it up and we will get them.”

It was gathered that a disciplinary committee had been set up by the university to look into the case of the sanctioned students while the students would be missing the second-semester examination of the school which began on Monday.

A source said, “If the students were found guilty of the offence, the penalty is outright expulsion because it is in the students’ handbook of the university that no student should fight either on the campus or outside the campus and if any student is caught fighting, expulsion is the penalty.”

The Deputy Director of the Corporate Communications of the institution, Mr Adegbenro Adebanjo, also confirmed that the students would face a disciplinary committee set up by the school.

Impeachment Inquiry: Trump Says He Might be Willing to Testify