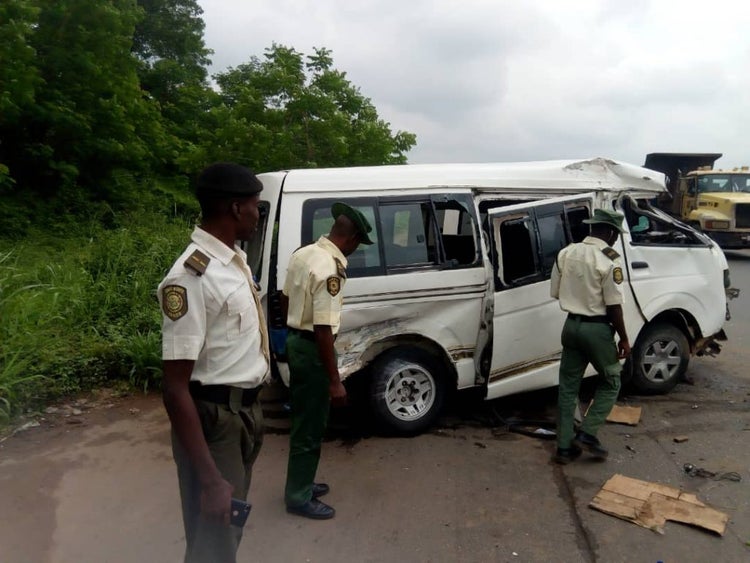 The Ogun State Traffic Compliance and Enforcement Corps, on Friday, said that one person died while three others sustained various degrees of injuries in a road accident along Idiroko Road.

Sango-Ota Area Commander of TRACE, Adekunle Ajibade, made this known to the News Agency of Nigeria in Ota, Ogun.

Ajibade said that the accident which happened at about 9:59 a.m. on Friday, around Iyana-Iyesi on Idiroko Road, involved a tipper, a jeep and a tricycle.

He said that four persons comprising three males and a female were involved in the accident which resulted in the death of one person, while three others sustained injuries.

“The corpse of the male victim has been deposited at the morgue of State Hospital Ota in Ogun, while the survivors are also receiving treatment at the same hospital,” Ajibade said.

He said that normalcy had been restored and the vehicles towed to the Onipanu Police, Ogun to ensure the free flow of traffic in the area.

Ajibade advised motorists and other road users to always exercise patience as the yuletide period approaches to avoid loss of lives and property.