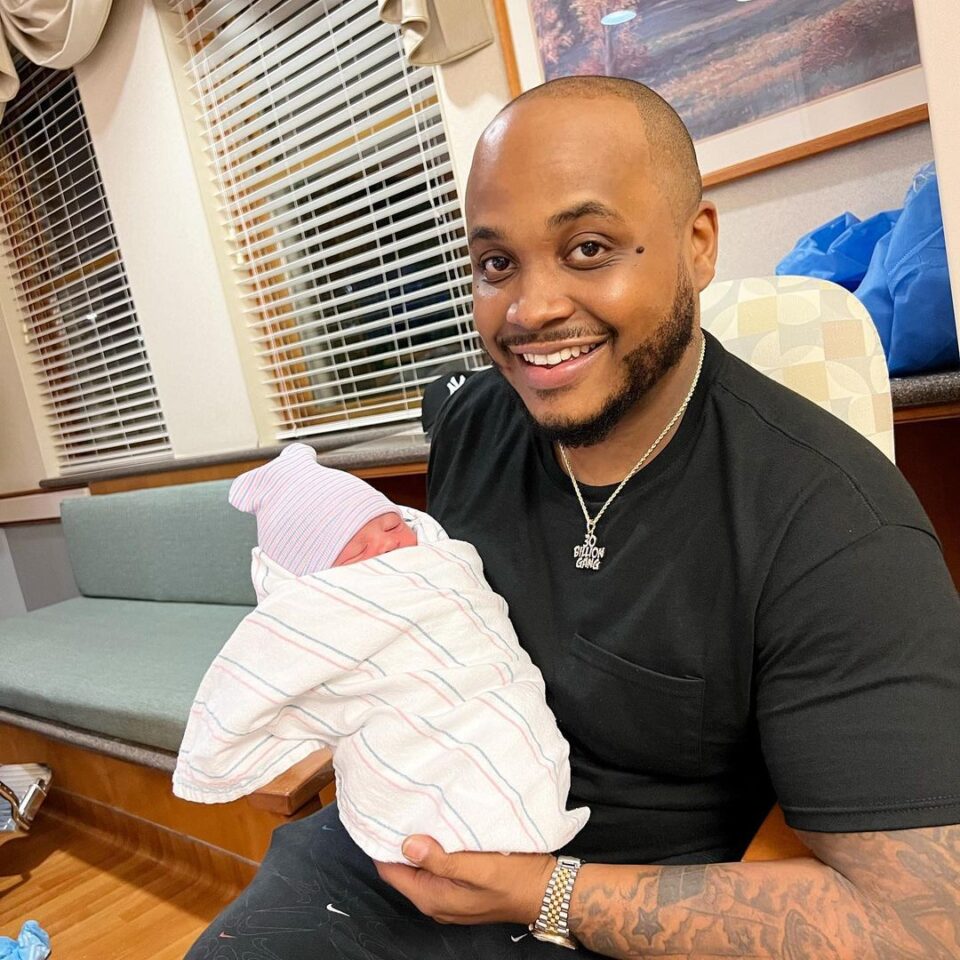 The one-year marriage of Sina “Rambo” Adeleke, a Nigerian singer and the son of Ademola Adeleke, governor of Osun State, appears to be on the rocks after his estranged wife Korth made a number of accusations against the performer.
On Monday, Korth posted on her Instagram stories that she had experienced domestic abuse during their relationship and that their marriage had ended as a result. She declared that she would not give in to such mistreatment.
Sina Rambo, a cousin of the popular Nigerian musician Davido, gave birth to Lola, a baby girl, in May.
However, according to Korth, she accused the singer of using violence and provided evidence in the form of recordings, chats, and images. She also revealed a chat conversation she had with Sina Rambo in which he accused her of having extramarital affairs and made unprinted remarks about her.
READ ALSO: Nigerian Musician, Psquare, Paul Okoye, Displays His New Lover
Korth asserted that Sina Rambo owes her money for her accusations. “Later people will think Adeleke is my only achievement,” she wrote in a story update on her Instagram account. Sina, you owe me money from both Nigeria and America. Beg, please.
In addition, Korth alleged in a series of posts that the singer never assists with household tasks while recounting how Sina Rambo swiftly secured her release from the hospital following childbirth.
After having a cesarean section and him hurriedly escorting me from the hospital since he couldn’t find any cannabis, she wrote. After my CS, I had COVID -19 during labor.
“He didn’t help with duties when I got out of the hospital! You requested that I prepare rice for you three days after your cesarean (section). Not even tea can you prepare yourself! SMH!
“I was transformed into a nanny during my pregnancy,” Korth continued. Due to the fact that he can’t even clean up after himself, I was bending over and cleaning the house when nine months pregnant.
But I be mumu, I’m just venting now. For those of you who have advised me to keep this private, the marriage is finished, which is why I am finally speaking about it. No, I won’t give in to mistreatment. It’s enough that I’m not that girl.