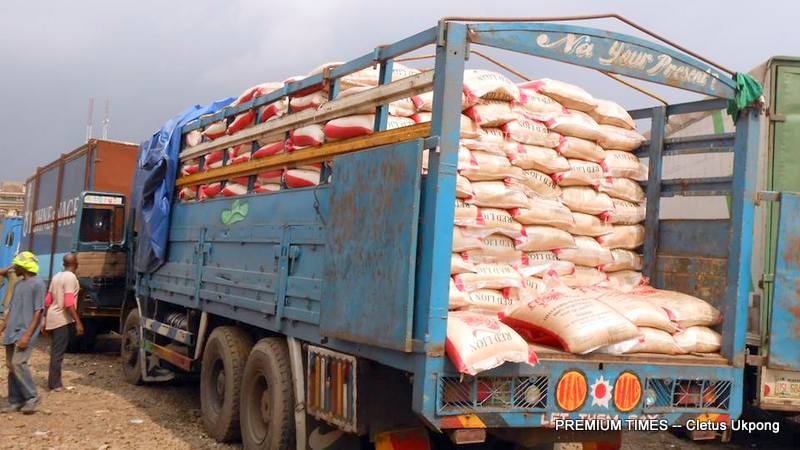 The Oyo State Government has lamented the polluted and infested rice the Federal Government gifted it as a palliative to alleviate the suffering of Oyo people during the COVID-19 lockdown in the state.

The Federal Government had a few days ago sent three trailer loads of rice totalling 1,800 bags to the State but discovered they were infested with weevils

Oyo, which took delivery of the rice donated through the Nigeria Customs Service on Monday, said it would be expecting another round of replacement for the bad rice.

The Government spoke after conducting newsmen round the warehouse where the items donated were stored.

According to Akande, only the 1,800 bags of rice received from the Federal Government were found to be infested after random testing, inspection and re-inspection were conducted on them.

His words: “We received these items from the Federal Government via the Ministry of Humanitarian Affairs and we brought them to the warehouse and it is in the process of further inspection that we discovered that almost all the rice has been infested with weevils and some other materials and on that basis, we formed a committee to re-inspect it again and so that can be definitely sure of what we have received.

READ ALSO: Africa: In the battle against COVID-19, aid groups are achieving results for vulnerable communities

“We think this is not definitely in the position for consumption for a human being at this point in time and at such the materials cannot be distributed as parts o palliatives within the state.

“We don’t want to start providing a solution to a problem and then start creating another problem. We have inspected it and done a random selection and we have seen that similar things apply across the board.

“And we have been instructed and we are following suit the instructions of the committee as been agreed upon. You will find here with me almost all the commissioners in the committee that are applicable.

“We have agreed to return all these back to the source and if there is any replacement of good quality that could be sent to us, we will be glad enough to receive it.

“The situation will not delay in any way the planned distribution of the state government. We all know that a good number of food items have been received by the Food Security Committee of the Task Force and this has been itemised weekly even before we received this particular item from the source where we received it.

“We have received a good number of products here and we have added it together along with the ones the state government is putting his funding to support what has been donated by the good citizens of the state.

“And that would be distributed in the next couples of days precisely because what we have done is to ensure that we put a robust system in place for distribution and that we have finalised with.”

When asked if all the 1,800 bags of rice from the FG would be returned, Akande said: “We are returning everything because we have checked all and in fact, we assume initially that it was just some part of it that was infested but we came today with about six commissioners from different ministries who came along with me and we have checked and we have realised that it was not just some but quite a lot of them that have been infested.”