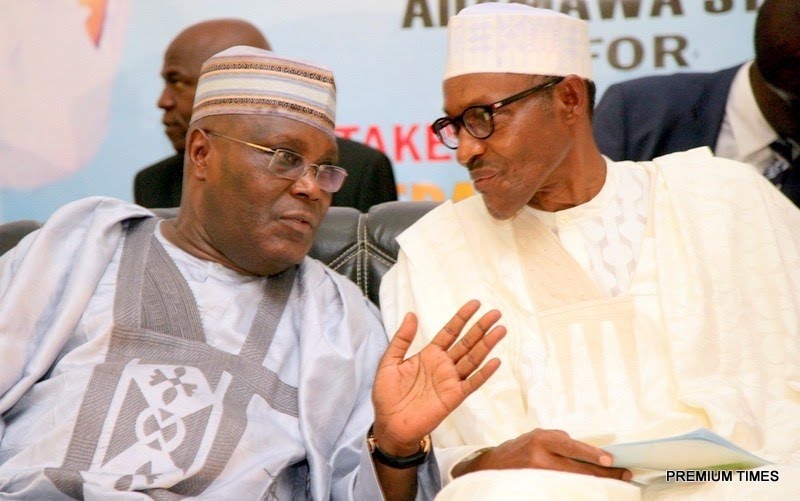 The Peoples Democratic Party, PDP has picked holes in the  judgement delivered by the Presidential Election Petition Tribunal on Wednesday. PDP presidential flag bearer,   Atiku Abubakar vowed to upturned the judgement at the Supreme Court.

PDP on Wednesday rejected the judgment of the Tribunal, describing it as provocative, barefaced subversion of justice and direct assault on the integrity of the nation’s justice system.

The party expressed shock that the tribunal failed to point to justice despite “the flawless evidence laid before it.

it said that the evidence before the court shows that President Buhari was not qualified to contest the election. The statement added that Buhari also did not score the majority of valid votes at the polls”

In a statement of reaction to the ruling signed by its spokesman, Kola Ologbondiyan, the PDP said it was unreasonable “that a court of law could validate a clear case of perjury and declaration of false information in a sworn affidavit that’s  firmly established against President Muhammadu Buhari. Even in the face of incontrovertible evidence,” The statement continued:

Ologbondiyan said: “The party is also rudely shocked that the court took over the roles of the Respondents’ lawyers who clearly abandoned their pleadings by refusing to call evidence in defence of the petition.

“The court raked up all manner of excuses to make up for the yawning gaps occasioned by the total absence of any evidence from the Respondents.

“Nigerians and the international community watched in utter disbelief when the tribunal ruled that one need not provide a copy or certified true copy of educational certificate such individual claimed to possess, contrary to established proof of claims of certification.

“The party notes as strange that the court even went ahead to provide rationalizations in favour of President Buhari, even when all hard facts before it shows that he did not possess the claimed educational certificate.

“And that the Army was not in possession of his West African Examination Council, WAEC certificate as claimed in the affidavit he deposed to in his Presidential nomination form.

“The PDP also described as shocking that the court approved the flawed declaration of President Buhari as the winner of the election despite evidence to show the perpetration of illegalities, manipulations, alterations and subtraction of valid votes freely given to Atiku Abubakar by Nigerians.”

The party further added that “the pervading melancholic atmosphere across our nation since the verdict is a direct indication that the judgment has not fulfilled the desires and expectations of Nigerians.

“The PDP, however, encouraged Nigerians to remain calm and not to lose hope or surrender to despondency or self-help, as our lawyers are upbeat in obtaining justice at the Supreme Court.

“This is more so as the tribunal itself admitted that there are several errors in the judgment.” In a ruling lasting over eight hours yesterday, the PEPT upheld the election of President Muhammadu Buhari in the February 23, 2018 elections.”

Speak Out On the Arrest of Your Confidant – PDP Tells Buhari

Buhari Tells Biden What He Would Do Before 2023 Election