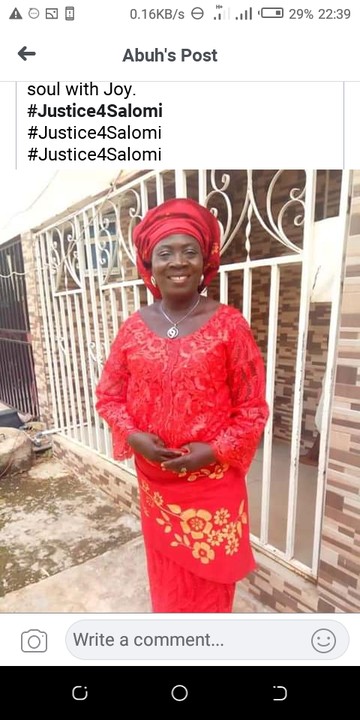 Reacting to the banal act, the spokesman, Wada-Aro Campaign Council, Faruk Adejoh-Audu said “Chanting GYB 4+4, the thugs, shooting sporadically, arrived Hon (Mrs) Abuh’s house at about 2pm yesterday afternoon and surrounded the house, bolting every exit and escape from outside.

“They then poured petrol on the building and set it ablaze as other terrorized villagers watched from hiding. She reportedly attempted to escape through a window but was prevented by the metal burglary proof and gun shots with bullets raining in her direction.

“The blood thirsty thugs waited, shooting and watching with relish while Mrs Abuh cried from inside the inferno until her voice died out.

“They reportedly left only when the entire house and Mrs Abuh had been burnt to ashes. There are fears that the killing spree may escalate over the night.

“We are calling on all men of good conscience to immediately help the people of Kogi State appeal to the Inspector General of Police to rein in Bello’s thugs and protect our people whose only crime was that they voted for their choice, a vote that was never allowed to count.

“Unless Nigerians of Good conscience immediately come to our aid innocent people may die worse agonizing deaths as the blood lust of Mr Bello and his supporters continue.

“So far there’s no indication that the Kogi State Police will arrest her killers or even prevent further attacks and killings of people.”

Additional reports from Ochadamu said two other houses have been burnt by the thugs. Our source reported that when youths in the community made attempts to stop the rampaging thugs a serious fight started. In the course of the fight, one of the thugs allegedly hurt himself with his charmed knife which led to severe bleeding. He was rushed to a popular clinic in the community where health workers refused to attend to the thug without a police report. The thugs died shortly after he was brought to the clinic while his enraged comrades promised to burn the clinic.

Simple Way To Link Your NIN With Your Airtel SIM