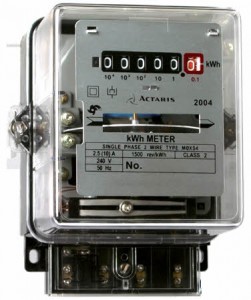 Nigerian Electricity Regulatory Commission has said that about 980,000 electricity consumers have so far been metered across the country, under the Phase Zero of the scheme.

This was contained in a Review of Power Sector in 2021 report published by the News Agency of Nigeria on Monday.

In the second phase of the scheme, which is billed to begin in the first quarter of 2022, NERC pointed out that about four million meters will be supplied strictly by local manufacturers.

Balogun said: “The President Muhammadu Buhari administration must be commended for initiating the NMMP because there is an urgent need to bridge the metering gap in the power sector.

“I want to appreciate the government because the intervention that came to manufacturers under the phase zero was a huge success.

“It gave manufacturers the opportunity to have a tested process in place to know their capabilities and capacities and what they can give to the market.

“The volume given to us was tested against the equipment, manpower and why we need to upscale further.”

Recall that in May 2021, the Federal Government announced that it was planning to sell five power Generation Companies to investors through the Bureau of Public Enterprises.

The bidding processes for the GenCos, which are part of the National Integrated Power Project, have already commenced.

The National Coordinator, All Electricity Consumers Protection Forum, Adeola Samuel-Ilori, while sharing his views on the development, noted that while the BPE had directed that the bidders must not only have prior experience in power generation, the government must also ensure that they adhere to the requirements.

Samuel-Ilori said: “We don’t want it to be mere rhetorics as we have seen in the sales of critical national assets in the past; particularly in the same power sector.

“For us, as electricity consumer group, we can only support the selling of these power plants to investors that have both technical and financial competence.

“Anything short of that will not be good for the Nigerian Electricity Supply Industry and will further put more electricity consumers in darkness.”

Perhaps in a move to revolutionize the transformation in the sector, President Muhammadu Buhari on September 1 in the first and last cabinet shake-up sacked the Minister of Power, Salleh Mamman,

He replaced him with Abubakar Aliyu, who until his appointment was Minister of State for Works.

Aliyu’s mandate includes ensuring that the Federal Government’s vision for the power sector, which is to improve access to electricity for all Nigerians in order to lift the country out of poverty, is achieved.

Since assumption of office, the Minister has held several engagements with stakeholders in the sector with a view to finding lasting solutions to its challenges.

Still, electricity consumer groups believe ensuring that the NERC adequately performs its statutory responsibilities should be a major focus of the new Minister.

However, power generation still hovers just above 5,000 MW despite the 13,000MW installed capacity eight years after the sector was privatised.

From generation to transmission and distribution, Nigerians have continued to ask for more, in agitation to get good power supply.