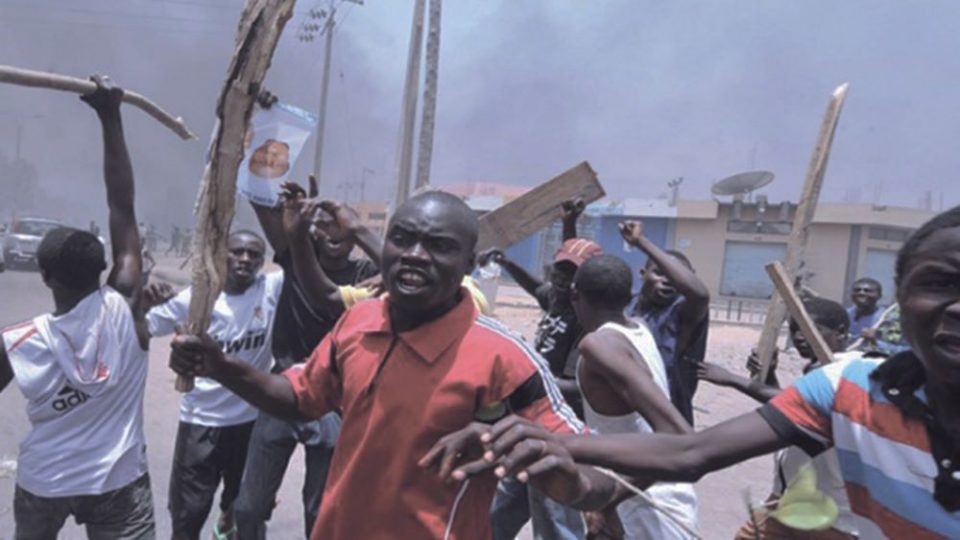 On Monday morning, criminals broke into and set ablaze the INEC office for Imo state, which is situated along Port Harcourt Road in Owerri.
The Public Relations Officer, or PRO, Chinenye Chijioke-Osuji, acknowledged the occurrence and the unpleasant development.
The attack allegedly took place on Tuesday between two and three in the morning.
However, she said that just the main building, which is a part of the Election and Political Party Monitoring Liason, was assaulted.
The PRO stated, “It occurred. You are welcome to visit and take a look. Although not all of the offices were assaulted, one side was totally destroyed. Part of the main building as well as the Election and Political Party Monitoring Liaison building were attacked.
The thugs, who were traveling in a convoy of more than five vehicles, “went from the Okigwe road shooting intermittently and frightening the people,” according to eyewitnesses.
The thugs set fire to vehicles and offices.
However, it was reported that three of the criminals were shot and killed by the police who arrived to stop the attack after engaging them in a gunfight. After the hoodlums were neutralized by the police, their bodies were left lying on the ground, and the police recovered their weapons and ammo.

Wizkid Skips A Live Concert In Ghana, Letting Down His Fans

21 Killed By Gunmen In Bauchi, Kastina