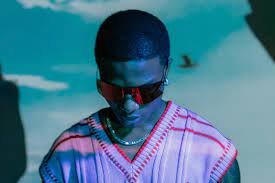 Ayo Balogun, better known by his stage as Wizkid, disappointed his fans by skipping out on a performance at a concert in Ghana.
The Afrobeats superstar was set to headline a concert for the first time in the West African nation, dubbed Wizkid Live Concert.
Even though Wizkid had tweeted hours before to confirm his attendance, the Grammy-winning artist did not materialize.
Using his verified account, he tweeted, “Accra Sports Stadium tonight.”
The majority of the estimated 40,000 attendees arrived at the event’s venue, Accra Stadium.
The concert was also meant to be the singer’s first appearance in Africa in support of his brand-new album, “More Love, Less Ego.”
The musician apologized to his followers for missing the concert on Sunday night in the meantime.
He described them as production and safety difficulties on his Twitter account.
He did, however, promise that the concert’s new date and other pertinent information would be disclosed shortly.
“My brand is something I don’t fool with,” he tweets in part. I truly apologize to everyone who went out last night to support me. I was excited and charged to perform at this event.
Please note, though, that every choice I made was based on respecting my followers, and I would only take such a severe step if it was the correct thing to do.