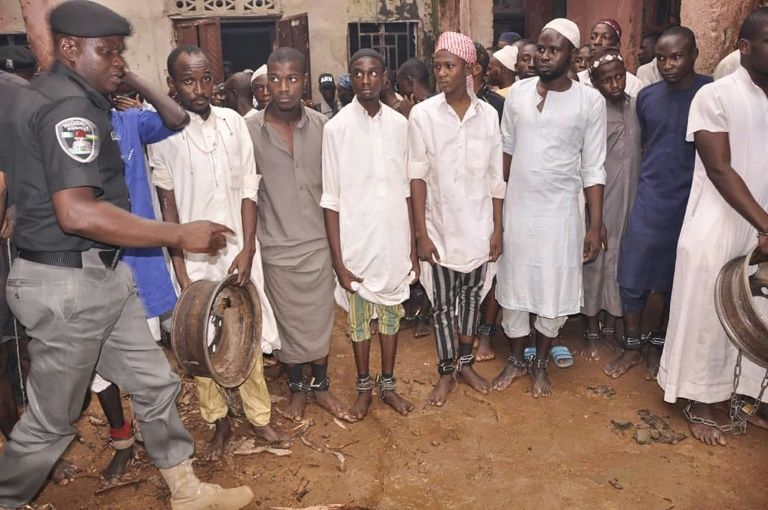 Operatives of the Kaduna state police command have arrested two suspected abductors of six students and two teachers of Engravers College in Chikun local government area of the state.

The victims were abducted from their school on October 3 and released on October the 26.

However, after almost two months of manhunt of the kidnappers, the Kaduna state police command said it apprehended two members of the gang during an operation in their hideout in the state capital.

The command also arrested 37 other suspected kidnappers and armed robbers including a five-man kidnap gang that killed their victims after collecting over two million Naira ransom in Kangimi village of Igabi Local Government Area.

Addressing journalists during the parade of the suspects at the Kaduna state police command headquarters, spokesman of the command, DSP Yakubu Sabo, explained that a security guard of the Engraver’s College was also arrested for alleged conspiracy in the abduction of the students.

He further explained that the arrests were successfully carried out through coordinated raiding of criminal hideouts by Operatives of the IGP’s Special Tactical Squad (STS) and the Command’s Intelligence Response Team as well as active Community Engagement Initiative in line with the Inspector General of Police mandate on Community Policing.

He further disclosed that several dangerous weapons including 10 AK47 Rifles, four pump actions, two locally made pistols, one locally-made gun, 154 live ammunitions, 17 cartridges, four stolen vehicles and other exhibits were recovered from the suspects during the operations.

Sabo also added that some of the suspects have confessed to a series of kidnappings within and outside the state including the killing of a Policeman in Igabi local government.

While he admitted that the Kaduna State Police Command like other Commands across the country has some peculiar security challenges amongst which are; banditry, cattle rustling, kidnapping, armed robbery and other violent crimes against law-abiding citizens of the state, the spokesman however, stated that the command has succeeded in reducing such crimes on major highways, urban areas and villages to a large extent.

Raoul Bellanova Goes On From Bordeaux