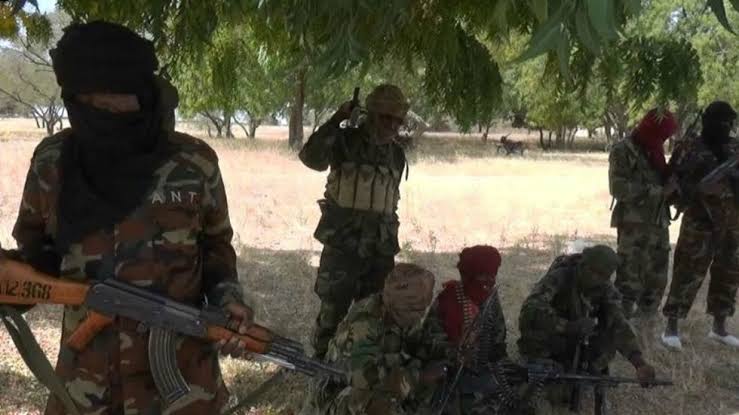 A Medical Doctor, Musa Bulama and a Nurse, Gana Yelwa as well as Malam Bala Musa, Yobe State Primary Healthcare Ambulance driver with 17 others mostly teenagers have been successfully rescued by the troops during a fierce battle that lasted for an hour in Babangida town of Yobe state.

Recalled that, Babban Gida, the administrative Headquarters of Tarmuwa Local Government Area of the state came under attack by some marauding Boko Haram criminals on 27 November 2019.

According to Nigerian Army Media Operations Coordinator, Colonel Aminu Iliyasu in a press statement on Saturday said “The criminal terrorists sneaked into the peaceful community on board 9 Gun Trucks to unleash terror on the innocent citizens while simultaneously attempting to overrun the troops deployed in the community.

“In the process, the criminal insurgents looted some properties and abducted some citizens with obvious intent to conscript them into their criminal fold”.

He said after a fierce firefight that lasted about one hour, causing them (Boko Haram sect) to withdraw in disarray.

The Army Spokesman said; “During the exploitation that ensued, the troops put up a hot pursuit of the marauding criminals and in the process discovered the shattered remains of one of them along their withdrawal route while one Rocket Propelled Gun 7 (RPG 7) bomb was also captured from the criminals. ”

The troops later exerted their dominance within the community and beyond. Normalcy has since been restored to the community.

“It is gratifying to note that all 20 abductees of the criminal insurgents including a team of medical personnel comprising one Musa Bulama (a medical doctor), Gana Yelwa (a Nurse) and Malam Bala Musa (Yobe State Primary Healthcare Ambulance driver) have been successfully rescued by the troops.

” Additionally, a Toyota SUV Ambulance belonging to the Yobe State Primary Healthcare Board earlier snatched by the insurgents was equally recovered by the gallant troops.

Others equally rescued are Adamu Madugu, Tukur Abdulkarim, Ibrahim Sulaiman and 14 males between the ages all of whom are teenagers of 13 – 16 years.

He has further enjoined them to keep the pressure on the criminal Boko Haram elements until they are completely neutralised.