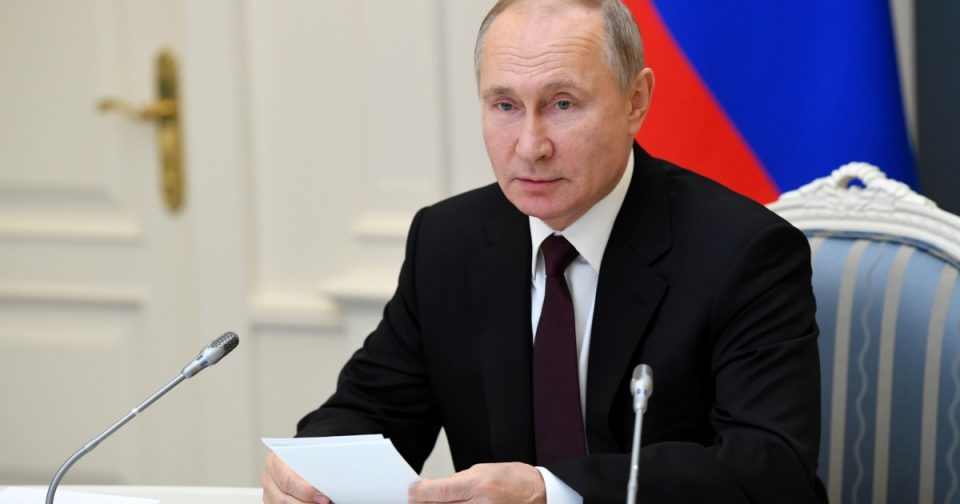 Kristalina Georgieva, the head of the Washington-based International Monetary Fund (IMF) Sunday said that “Russia has the money to service its debt, but cannot access it.” She made this disclosure during an interview on CBS News.

Russia is spiralling closer to a historic debt default that could ripple throughout the global economy after the U.S. and its European allies hit the Kremlin with a slew of crippling financial sanctions.

Moscow’s invasion of Ukraine nearly one month ago – the biggest attack on a European state in decades – elicited a raft of economic penalties from Western nations, including cutting off a key part of the Central Bank of Russia by preventing it from selling dollars, euros and other foreign currencies in its roughly $630 billion reserve stockpile.

The financial fallout has prompted credit rating agencies to downgrade their long-term debt rating for the Russian government to “junk” status, with Fitch warning that international sanctions have brought a “huge shock to Russia’s credit fundamentals.” It noted additional sanctions remain a distinct possibility.

Russia has grasped for a way to soften the blow: the central bank more than doubled its key interest rate to 20% in early March after some banks were removed from the Swift financial system and the West froze a significant portion of its currency reserves.

But the Kremlin is now due to pay $117 million in interest on two dollar-denominated bonds on Wednesday; if it fails to make those payments, it will be Russia’s first default on foreign debt since 1917 Bolshevik Revolution, according to JPMorgan Chase.

The Bank of Canada and Bank of England, which track global sovereign defaults, estimate the total value of government debt in default around the world was about $443.2 billion in 2020 or roughly 0.5% of world public debt.

Russian Finance Minister Anton Siluanov said Monday that Moscow will repay creditors from “countries that are unfriendly” in rubles and possibly the Chinese yuan until the sanctions are lifted, with the sanctions preventing the nation from accessing its reserve of dollars and euros. The ruble has depreciated sharply since Russia attacked Ukraine. As of Wednesday morning, 107 rubles were worth $1.

He said Russia has to pay coupons on its Eurobonds and has already asked Western banks to proceed with the transactions.

“Is that a default?” Siluanov asked during an interview with Russian state news. “From Russia’s point of view, we are fulfilling our obligations.”

Others, however, argue that paying dollar-denominated bonds in rubles constitutes a default. It is unclear whether Russia will be viewed as defaulting on its debt if it pays in rubles. Siluanov accused Western nations of orchestrating the sanctions with the intention of creating a default that “has no real economic grounds.”

Kristalina Georgieva, the head of the Washington-based International Monetary Fund, said on Sunday a Russian default is no longer “improbable.” ts

“Russia has the money to service its debt, but cannot access it,” she said during an interview on CBS News.

If Russia fails to meet its obligation, there is a 30-day grace period that provides cover until April 15. But if Moscow indicates that it does not intend to pay its debt, credit rating agencies may declare Russia to be in default before the final deadline.

Russia’s central bank is poised to meet again on Friday as it attempts to stave off a full-blown financial crisis.

With Russian Invasion Of Ukraine, World War III ‘May Have Begun – Zelenskyy

Putin Has Tight Grip On Power, Doesn’t Have Much To Fear – KGB Spy