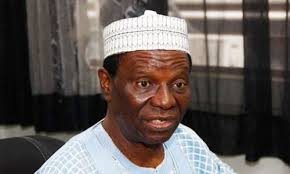 It is no longer news that in line with last week’s decision of the Supreme Court, Senator Hope Uzodinma is now the Imo State governor.

Having decided that the exclusion of certain votes in his favour during the collation of votes at the last governorship election in the state was illegal, the Apex Court went ahead to add the said votes which saw to the victory of the new governor.

Uzodinma was promptly sworn in. His immediate predecessor, Emeka Ihedioha who had earlier been declared as the duly elected governor by the electoral body had to step down.

Before doing so, Ihedioha did not forget to make the point that although he did not agree with what he described as an unfair and unjust ruling, he had “no option but to respect the outcome of the judgment.”

A cursory look at various media platforms shows that Ihedioha’s viewpoint is generally shared by a cross-section of Nigerians. Bearing in mind that the ruling was made by the nation’s highest judicial authority – the Supreme Court, everyone appears to believe that there is really nothing left for Ihedioha to rely upon for some hope.

There are grounds for this position, the most prominent is that the Supreme Court is the last court of the land; meaning that after it, no other court is available to a party for further action.

In other words, the situation is not like what happens in the lower courts when a party can proceed on appeal to a higher court where he is dissatisfied with a judgment.

Again, there is the understanding that in order to avoid a situation where a case may never end, the same court is not expected to review its rulings after delivering its judgment.

Put differently, a Court cannot sit as an appellate court over its decision. It is this idea, that a Court has no business returning to a case it has already concluded that makes many people think the end of Ihedioha’s case has come.

For this reason, some analysts have condemned the call by the Peoples Democratic Party (PDP) for the Supreme Court to reverse itself in the Imo case.

The only thing in our view that is wrong with the position of the PDP is the intemperate diction employed at the press conference where the call was made.

Otherwise, the rule that a court cannot reverse itself is not absolute. To revisit a case already settled has happened many times before. Almost 50 years ago, we had the case of Johnson v Lawanson (1971) 7 NSCC 82 where the Supreme Court found cause to overrule itself.

In that case, Justice G.B.A Coker of the Apex Court made the point that “when the court is faced with the alternative of perpetuating what it is satisfied is an erroneous decision which was reached per incuriam and will, if followed, inflict hardship and injustice upon the generations in the future or of causing temporary disturbances of rights acquired under such a decision, I do not think we shall hesitate to declare the law as we find it.”

What the above implies is that the convention that Courts do not reverse themselves as exceptions; one of which is that a party is allowed to seek a revisit of a decided case if the decision was arrived at by fraud or deceit or in earnest when there are clerical errors in the judgment.

From the little that has been made public about the Imo judgment, it is obvious that the election has been accorded more votes than the number of voters accredited to vote – an anomaly that is made more visible by the current arrangement in which accreditation and voting are merged.

However, the number of votes scored in an election can be lower than the number accredited where some ballots are found to be invalid.

The decision of the Supreme Court in the Imo governorship case that the exclusion of certain votes was illegal because it was done by unauthorized officials cannot be faulted; it is in actual fact a point to be saluted if we must put an end to our history of rancorous elections.

But if the addition of the controversial votes creates mathematical errors as we now have, the court ought to correct such clerical error, accidental slip or omission.

That is probably what any person would regard as the ordinary meaning of Order 8 Rule 16 of the Supreme Court Rules which creates an exception to the rule that a court cannot revisit its own ruling.

Thus, nothing in our view stops Emeka Ihedioha from pointing out the apparent error occasioned by the addition of the voting figures approved by the court. All he needs to do is to present an application to the court for the correction of the error in computing the votes and not to seek an appeal.

In other words, Ihedioha must not go to Court to seek a reversal of his case as Andy Uba was wrongly persuaded to do in the Anambra governorship election in 2007.

Ihedioha should stop at correcting errors. In truth, if the Supreme Court had averted her mind to the absurdity of the figures we are now seeing, she would have seen with relative ease, some wisdom in the earlier rejection by the electoral body of obviously concocted figures which Nigerian politicians are expert of.

She would have realized that allowing the figures would do incalculable damage to our electoral and democratic system.

This is why we call on the Supreme Court to, on its own, without the prompting of a party correct the obvious error which would not derogate from its credibility because although the court is final, its members are not infallible; they are human.

What would make the finality of our Apex Court to be greatly cherished is where the Court is not only fair and just but where it also adopts an approach that allows errors to be corrected.

If the truth must be told, such respect for the Court or what may be better described as public perception of our Supreme Court at this point in time is rather low.

One way of reversing the trend is for the Court to embrace substantial rather than technical justice as its priority and to revisit a case whose judgment is laced with errors.

Otherwise, a judgment that no one would comfortably follow in the future would be a great attack on the doctrine of judicial precedent.

The judgment in the Imo governorship case, which has approved more votes than voters has all the potentials of serving as a bad case. It should be promptly corrected.