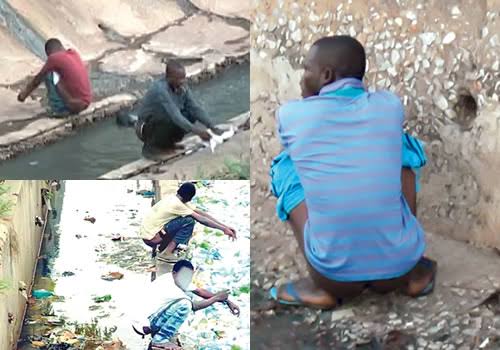 Many traders at Gatan Kowa Market in Lagos State have decried the rate of high open defecation around the market. They allude the open defecation to lack of toilet facilities.

The trade disclosed to News Agency of Nigeria (NAN) that if the unhygienic situation is not arrested, it could lead to an outbreak of epidemic in the area.

They appealed to the Lagos State Government (LASG) to provide public toilet facilities to curb such unhealthy acts in and around the market.

The traders told NAN that the persistent level of open defecation at the market was making them lose most of their customers.

Pastor Adedoyin Adebambo, the leader at the LEOREM section of the market, popularly called Katangowa, told NAN that the lack of public toilets there had posed a lot of challenges to the operators.

“We face the challenge of open defecation in the market environment due to the lack of public toilets.

“People defecate around the area indiscriminately which has been posing a great challenge to business activities in the market.

“We appeal to the LASG to come to our aid by providing adequate public toilets to ensure proper hygiene in the market,’’ he said. 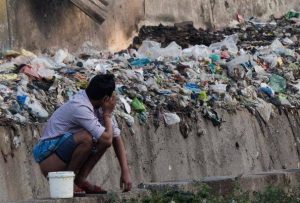 Mrs Joke Abdullahi, a trader at the market and a seller of fairly-used clothes, also appealed to the government to provide toilet facilities so as to keep the market environment clean.

Abdullahi said the toilet facility when provided would ensure adequate hygiene and thereby curb the possible epidemic in the market.

Another trader, Mrs Wunmi Ajose, a dealer in teenagers’ wear, also told NAN that lack of public toilets in the markets had begun to affect both the traders and customers.

According to her, customers are always in a hurry to leave the market for lack of restroom whenever they come for shopping.

Mr Sunday Fashina, a dealer in school bags, begged the government to assist the traders by providing the toilets to improve on the current standard of the market.

“A good and standard market is measured by the type of facilities enclosed; this is a big market, the government should come to our aid and improve our standard by providing standard toilets for traders,’’ he said. 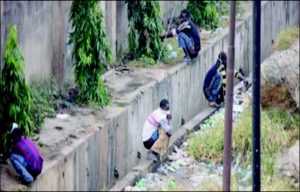 Adamu made the appeal at the sideline of a One-Day Inter-Ministerial Dialogue on Sanitation on April 26 in Abuja.

He noted that there was a need for collaborative efforts by all stakeholders to end open defecation practice in the country.

“We are not saying that government alone should provide public toilets.

“So, it is a joint effort between the Federal Government, states, business communities, development partners and everybody,” the minister had said.